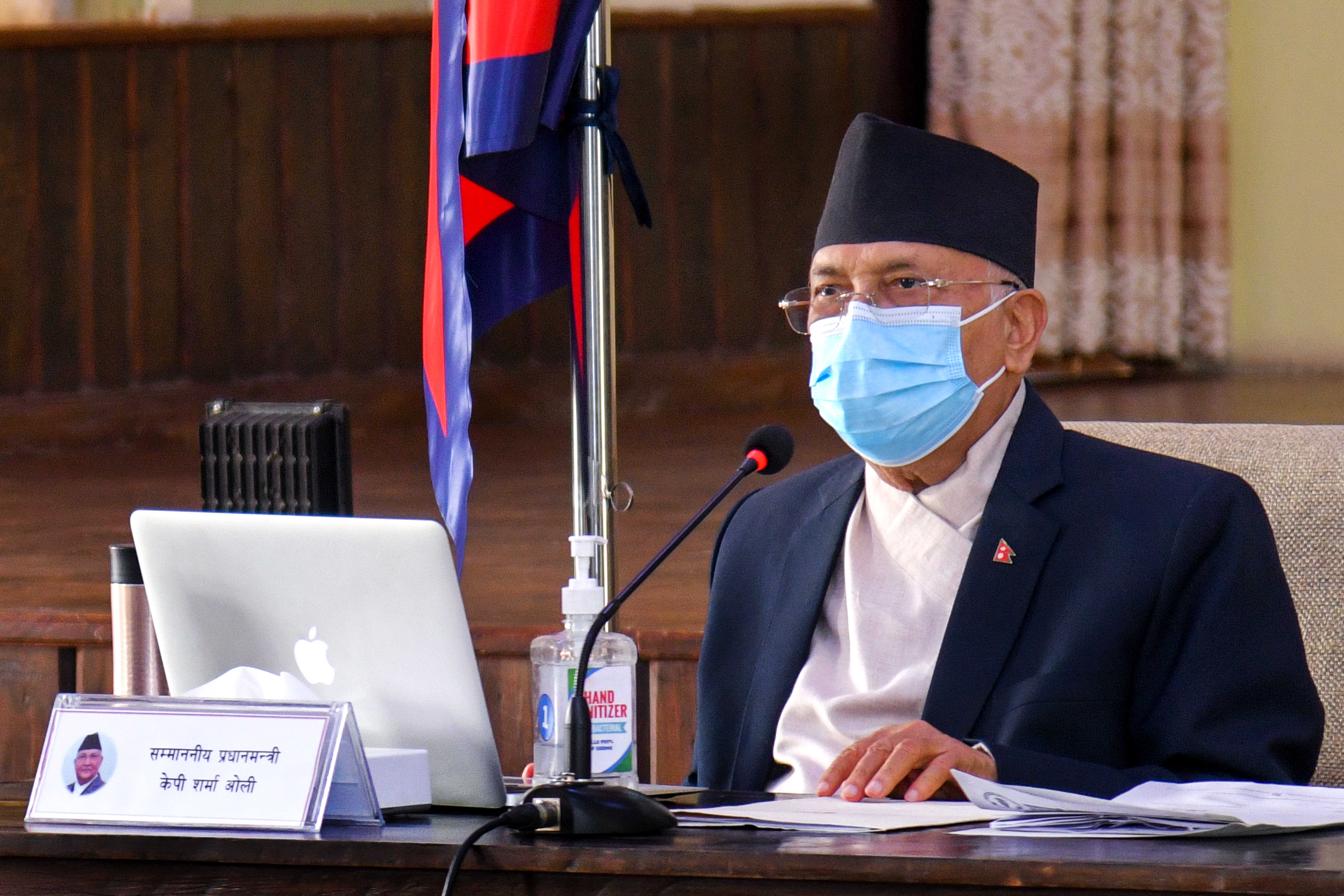 With the PM deciding to seek a vote of confidence in the parliament on 10 May, frantic meetings are underway among political big wigs. Newspapers, TV Channels and online news portals are busy reporting these events in minute detail. Except a meeting between PM Oli and Comrade Pushpa Kamal Dahal 'Prachanda', Nepali media has covered almost all possible meetings between and within political parties.

The political news market is also rife with speculations ranging from the PM tendering resignation to the re-dissolution of the parliament to the possibility of the President, with the PM’s recommendation, imposing an emergency rule. With the second wave of coronavirus raging and Nepal being declared, after India, as the hotbed of Covid 19 in South Asia, the imposition of emergency rule may be a feasible option. Given Nepal’s geopolitical situation, it is definitely not a desirable option. Moreover, PM Oli must have learned a lesson or two from former King Gyanendra’s unsuccessful takeover in 2004.

The PM’s decision to seek vote of confidence has surprised many. Some legal pundits are even questioning the constitutionality of his move. He should have sought for the vote within 30 days after the court declaring the unification of CPN to be null and void. But he did not bother at that time.  It has come at a time when the opposition, especially, the coalition of Nepali Congress, Maoists and Upendra Yadav and Baburam Bhattarai faction of JSP, is jostling hard to file no trust motion.

It has also come at a time when the Maoists have not withdrawn their earlier support given to the Oli government. Now, with PM Oli seeking vote of confidence, the Maoists have no option other than to withdraw their support meekly. They are in a situation similar to: “If you are not giving me warm water, I will bath with cold water”.

PM Oli has sought vote of confidence in the parliament when it is clear to everybody that without the support from JSP, he does not command even a simple majority. Moreover, with the possibility of defection by the MPs loyal to Madhav Kumar Nepal, literally, PM Oli is taking a big risk. There is rumour in the market that he is now being issued a 24 hour ultimatum to fulfil their demands or else they will resign en masse.

The PM’s decision to take vote of confidence has surprised many. Either he is gambling away his (and her) position so easily or if not, this must be a shrewd move. This is the reason why many are waiting impatiently to see what may unfold on May 10 or thereafter.

What may or may not happen on or after May 10 is still not clear. Similar to his first term, as a last resort, the PM may resign when he is sure of not securing vote of confidence or the opposition filing no-trust motion. It is immaterial whether PM Oli stays or goes. What is clear is that he has damaged the system to the core. Mending this will take years.

Nepal is currently infected by three viruses, namely, political virus, coronavirus and corruption virus. If the PM cannot be brought down by the political virus, he will definitely be shown the door by coronavirus. Last week, international media including The Guardian, Aljazeera and CNN projected Nepal facing a worse situation while dealing with coronavirus pandemic. Definitely, this is going to take a toll on easy-going Oli Government. He is still battling corruption virus.