Dynamics of vote of confidence 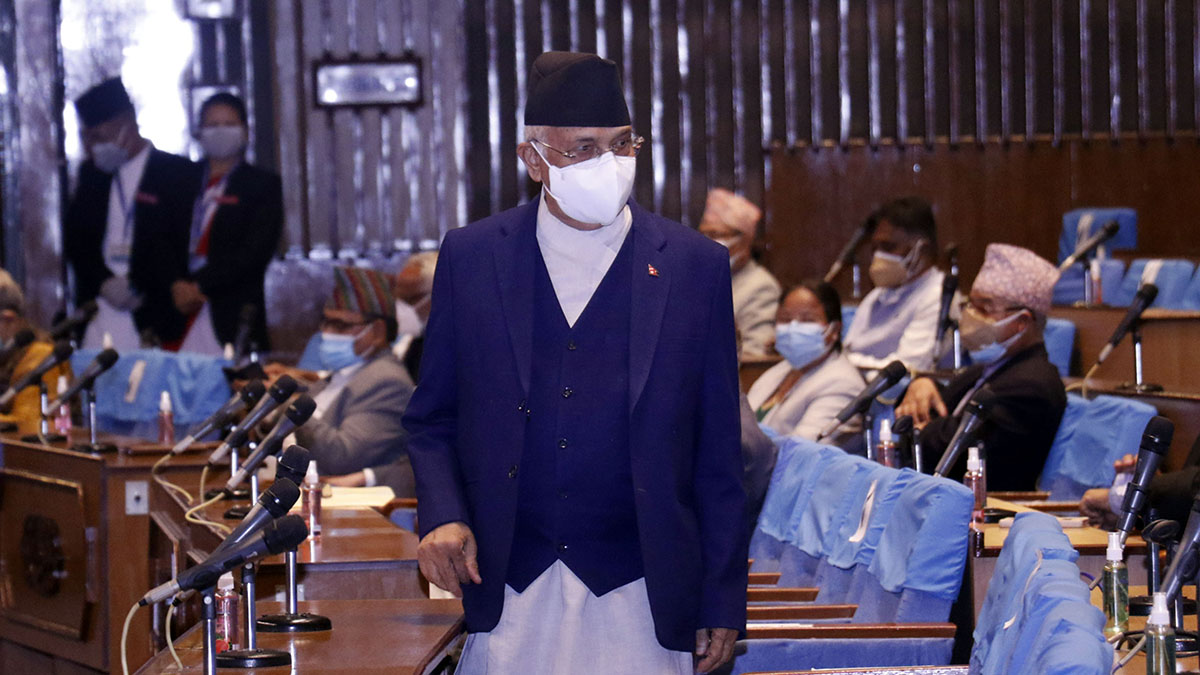 Nepali politics is full of paradoxes. On May 10, PM Oli was seeking vote of confidence of the same parliament that he distrusted so much and dissolved it earlier. And having struggled so much to reinstate the parliament, Nepal-Khanal faction of CPN-UML were contemplating to resign from the same reinstated parliament. Only later they withdrew their suicidal move to resign en masse and decided to remain absent during the time of voting.

For Nepali Congress President Mr SB Deuba, it is sheer paradox that after having successfully unseated Oli from his PM’s chair, he still has to find his own chair. The paradox is that the opposite of “vote of confidence” is not “vote of no-confidence” or vice versa. Had this been the case, Deuba would have been the prime minister.

The results of the voting for confidence motion are presented in the Table 1 below with additional information provided in the remarks column.

With 93 votes, PM Oli has failed to attain required threshold (136 votes) to secure his position in the parliament. There is no need for his resignation. He is automatically relieved from the chair of the prime minister and reduced to a caretaker government until the parliament finds a new prime minister. Though opposition parties have secured majority votes (124 out of a total of 232 votes) they too fall short of the required threshold. This indicates they still have to work hard to form a next coalition government.

Here are some interesting dynamics emerging out of the Table 1 mentioned above: