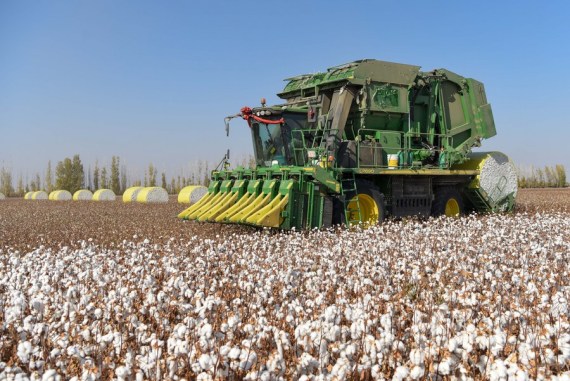 Beijing, 12 May (2021) - The United States, Britain and Germany are going to stage on Wednesday a side event at the United Nations over the so-called human rights situation in Xinjiang.

The United Nations ought to be a place to promote truth and justice. Yet those Western countries, by staging a hypocritical political show to interfere in China's domestic affairs under the guise of human rights, are using it to spread lies and displaying their ego and prejudice, and have brought blasphemy to the world's most authoritative multilateral body.

For quite some time, some Western countries have been obsessed with manufacturing and peddling malicious lies about China's human rights records. In recent days, they are concentrating their smear campaign on Xinjiang.

Their accusations such as "religious oppression," "forced labor" and "genocide" are a far cry from the true story.

Behind those groundless allegations are some of the Western countries' sinister intentions to try to trigger division and create turbulence in the autonomous region to hold back China's peaceful development.

For the records, the issue about Xinjiang is not about ethnicity, religion or human rights, but rather about fighting violence, counter-terrorism and de-radicalization.

Lies cannot stand the scrutiny of facts. Xinjiang, which suffered thousands of terrorist attacks between 1990 and 2016, is now at its best time in history, enjoying a stable society and a fast growing economy, and all ethnic groups there are living together in harmony.

Over the past 40 years, the Uygur population in Xinjiang has doubled from 5.55 million to over 12 million, while the gross domestic product there has surged by more than 200 times in the past six-plus decades.

The remarkable progress and development in Xinjiang has been achieved thanks to the tireless efforts and effective measures the Chinese government has taken.

Moreover, China's policy and position on Xinjiang received support from more than 80 countries across the world, including the vast Muslim countries, at the 46th session of the UN Human Rights Council earlier this year.

Yet it seems that those sanctimonious Western countries which are keen on voicing "concerns" over the region's human rights lack even the slightest interest in learning what is really happening on the ground, not to mention doing something substantial to make Xinjiang a better place. To them, Xinjiang is simply a political tool to meddle in China's domestic affairs. Truth and conscience are something they never care.

What they really care about is not the human rights situation of minorities, but how to create a mess in China or at least make China look bad. That can explain why those countries have kept on pointing fingers at China's internal affairs on the pretext of "human right" or "democracy."

Countries like the United States, the world's top violator of the human rights of Muslims, should feel ashamed of their disgraceful and even bloody records in human rights, and should look into the mirror before accusing others.

The West's anti-China campaign will not undermine Beijing's determination to maintain its national security, sovereignty and territorial integration. The Chinese people will never tolerate any attempt to destabilize Xinjiang.

Those self-styled human rights defenders had better take off their disguise, call off their hypocritical political game, and make better use of their time by focusing on their own problems, like saving more souls from gun violence and police brutality.