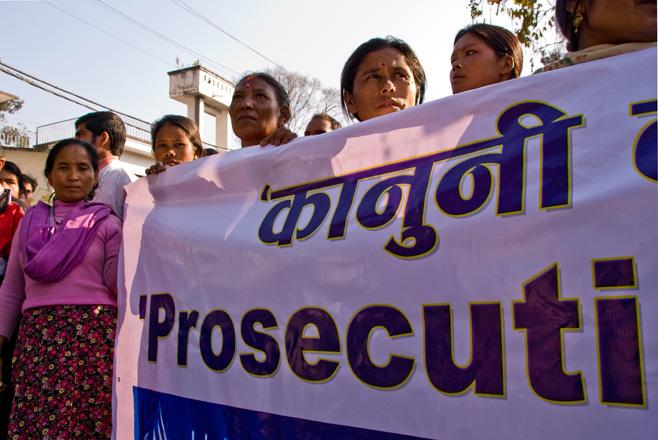 Kathmandu, 14 May (2021) - On the occasion of 30 years of ratification of the International Covenant on Civil and Political Rights (ICCPR), Advocacy Forum-Nepal (AF), Human Rights and Justice Centre (HRJC), Justice and Rights Institute-Nepal (JuRI-Nepal) call on the government of Nepal to fulfill its national and international human rights obligation and end continued impunity on human rights violations.

Nepal ratified the ICCPR on 14 May 1991. Five years after the ratification, Nepal witnessed the beginning of an internal armed conflict that lasted for a decade (1996-2006). The country witnessed widespread and systematic practice of gross human rights violations during the conflict. Even after the signing of Comprehensive Peace Agreement (CPA) in 2006, gross human rights violations were prevalent in the country and continue to exist till date. Today marks 30 years of ratification of the ICCPR and the implementation of the provisions of the treaty is still bleak in practice.

In October 2008, the United Nations Human Rights Committee (HRC), a mechanism under the ICCPR rendered its first decision ‘Views’ in an individual complaint ‘Communication’ (Surya Prasad Sharma) against Nepal. Since then, the HRC has decided a total of 26 cases against Nepal. The cases include various issues as torture and other forms of inhumane or degrading treatment, extra-judicial killings, unfair trial, enforced disappearance, sexual violence and forced child labor among others. The recommendations from the HRC, in general include an effective and thorough investigation on the cases, prosecution and punishment to the perpetrators commensurate to the gravity of each crime, social rehabilitation, medical treatment, psychological support, adequate compensation and appropriate measures of satisfaction to the victims for the violations suffered, including a public apology. The HRC has also recommended on the preventive measures and guarantees of non-repetition as amendment of Nepali legislation in line with the international standards. The HRC further requested Nepal to translate the decisions in Nepali and disseminate it widely. Despite the progressive recommendations on each case, the government of Nepal has minimally implemented a few of the recommendations, leaving remaining recommendations in vacuum, only to increase suffering of the victims awaiting justice.

With the aim of informing the general public on these decisions and recommendations and alerting government of its unfulfilled duties, realrightsnow, a website as a one-stop online platform was restructured in 2021. The website encompasses  information on the cases submitted to HRC from Nepal, including overview of the cases, the Views of the HRC on each of the cases, efforts made by the victims and his/her/their legal representatives and status of implementation of the decisions, among others. The website not only functions as an information Centre but also is a reminder to Nepal government of its duties of its obligations.

In most of the conflict related cases submitted before the HRC, the government referred transitional justice mechanisms (Truth and Reconciliation Commission (TRC) and Commission of Investigation on Enforced Disappeared Persons (CIEDP) would address the violations of the related case. However, the HRC has clarified that transitional justice mechanisms cannot replace the criminal justice system in providing access to justice and redress to victims of gross human rights violations and their relatives.

In 2015, the Supreme Court of Nepal found several sections of the Enforced Disappearances Enquiry, Truth and Reconciliation Commission Act, 2071 (2014) (TRC Act) to be unconstitutional and non-compliant with Nepal’s international obligations. On 26 April 2020, the Court rejected the petitions of the Government to review and revise the 2015 decision. However, no concrete steps have been taken by the government to amend the law in line with the Supreme Court’s order and international human rights laws. Nepal has failed in addressing the past violations and guaranteeing non-repetition of such in the future.

In this milieu, the AF, HRJC and JuRI-Nepal call upon the government of Nepal: