'Leaders, cadres with Maoist background to be managed in UML as per unity spirit' 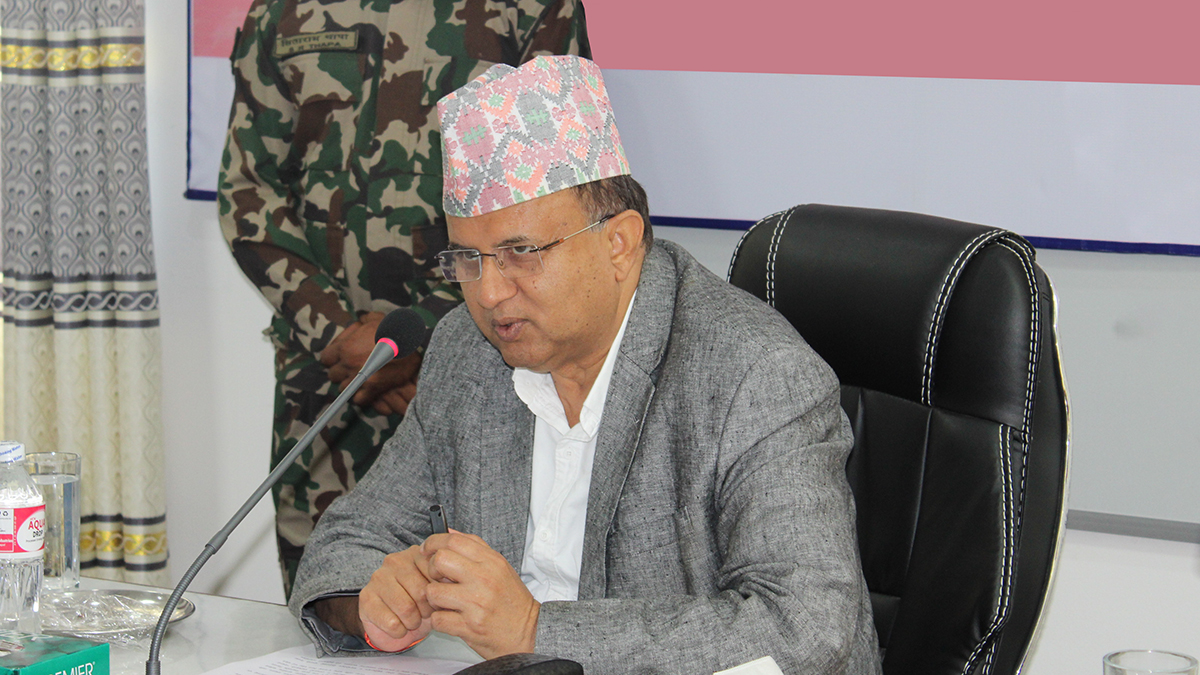 Butwal, 17 May (2021) - Chief Minister of Lumbini Province and CPN (UML) standing committee member, Shankar Pokhrel, has said that the leaders and cadres linked to the Maoist movement should be easily managed in the UML alone in line with the spirit of the party unity.

Addressing a Webinar on the topic, 'Contemporary World Situation and Relevance of Marxism' organised by the Madan Bhandari Foundation today, he said the dispute within the UML would be resolved through a taskforce constituted for the purpose. The webinar was based on a political paper presented in Kolkata by Madan Kumar Bhandari, the then General Secretary of the CPN (UML).

Today marks the 28th memorial day of popular leader Bhandari and leader Jeevaraj Ashrit. Bhandari was the then General Secretary of the CPN (UML) while Ashrit was its then organisation department chief. The two leaders died in a mysterious jeep accident on 3 Jestha 2050 (16 May 1993) at Dasdhunga of Chitwan district.

Pokhrel, who is also the member of the taskforce, expressed the belief that the party and the government's leadership would be successful in taking the country on the path of development and prosperity being guided by the principle of the People's Multi-party Democracy propounded by the late Bhandari.

He opined that although it is quite often found the socialist parties tend to become confused in the post-revolution transformation phase, in Nepal's context the concept of People's Multi-party Democracy would be successful in fulfilling the responsibilities of the revolution in an appropriate manner.

"Although two lines of opinions – to go for socialist programme at once or to go on journey of socialism through the sub-phase of capitalist revolution – have been seen in the communist movement at present, the view and programme adopted by the incumbent government to gradually go towards the path of socialism by developing the national economy is appropriate, " Pokhrel said.

He added that the UML was against revisionism and it also did not believe in ultra revolutionism.

UML leader Yubaraj Karki said the political thought People's Multi-party Democracy would be respected if the government is run on the basis of the people's opinions and the party run in a democratic manner.

Foundation's central member Tika Prasad Dhakal viewed that the late leader Bhandari had , in principle, defended through his book Contemporary World Situation and Relevance of Marxism', the views held by the capitalists that the Marxist thought and the socialist movement was on its way out from the world.

Foundation secretary Pemba Lama said the Foundation would continue to conduct study and discussions among the intellectual circle for establishing the thoughts of the popular leader Bhandari as the contemporary thoughts.