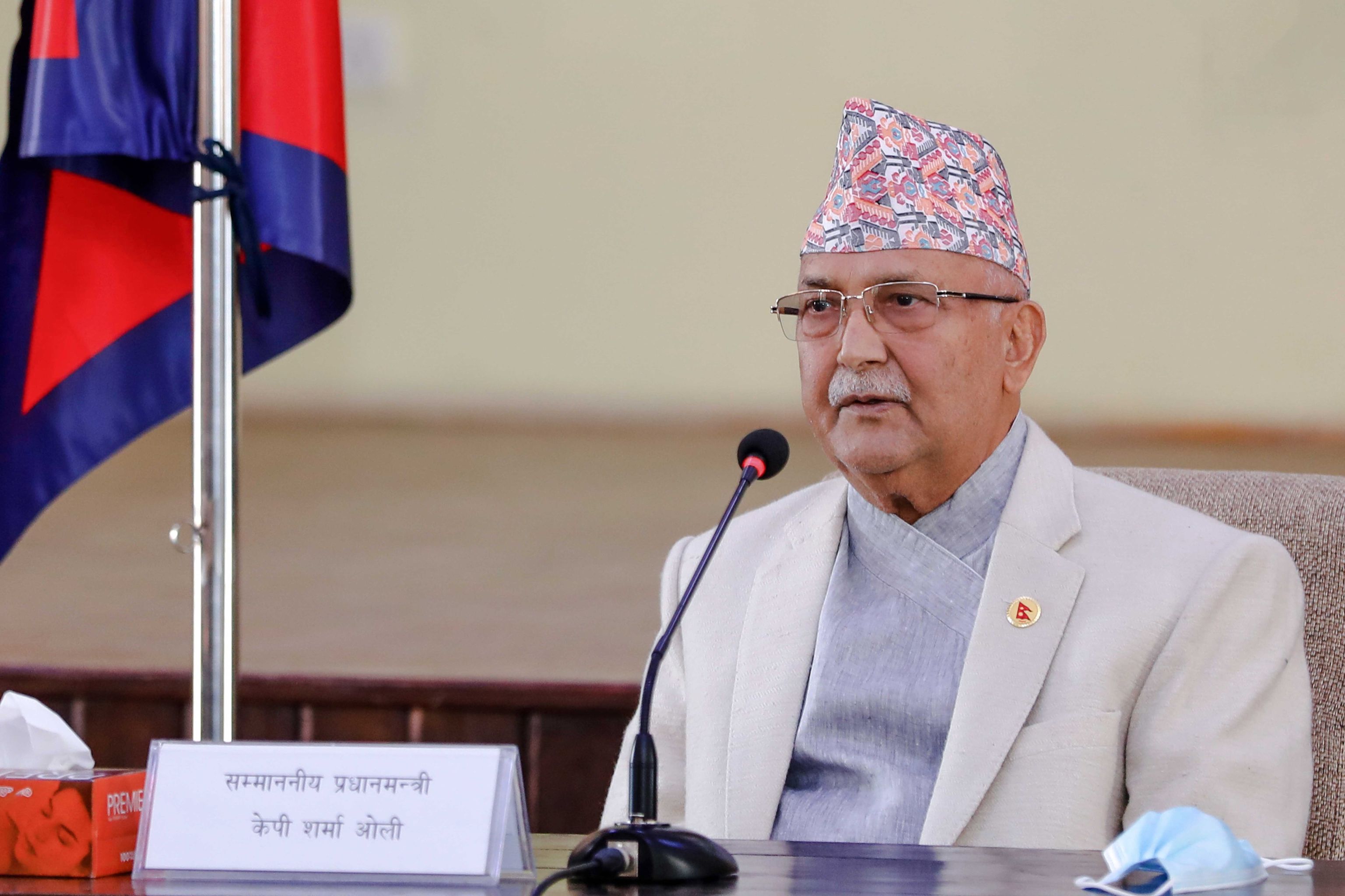 Kathmandu, 21 May (2021) - Prime Minister KP Sharma Oli has said the way has been cleared for the formation of a new government given the constitutional provision to bring budget on May 29 and as the government did not have time to take vote of confidence in the meantime.

The Prime Minister called a press meet at his official residence today and expressed his opinion regarding why he on Thursday recommended to the President to call upon parties for formation of a new government as per the Article 76(5) of the Constitution of Nepal. In his recommendation to the President, PM Oli had argued that there was no strong basis for the present government to take a vote of confidence in parliament.

President Bhandari, on the recommendation of the Council of Ministers, on Thursday called upon Member of Parliament for formation of government in accordance with Article 76(5) of the Constitution, giving until 5pm today for the same.

PM Oli clarified that the route of Article 76(5) has been chosen as per the constitutional process for a way out as the government could not function well due to the unhealthy and instable political activities of pulling down the government and forming new one since the last one year.

He said he had announced mid-term election for April in a bid to taking the politics of inapproriate practices on the appropriate course but was not successful due to the Supreme Court's verdict. The vote of confidence that he sought from the House of Representatives on May 10 was rejected and there was no situation for getting the trust vote again, the PM clarified.

According to him, the latest step was taken to address the problem arisen by analysing the country's political situation while interpreting the Constitution.
President Bidya Devi Bhandari has called upon political parties for formation of a new government as per the Article 76(5) of the Constitution. She has given until 5 pm today for the same.

Prime Minister Oli's proposal seeking a vote of confidence was rejected by the House of Representatives by a majority on May 10. After this, the President had called on any two or more parties in the HoR to stake claim for forming a new government as per Article 76(2). However, no party could stake a claim to form a new government and the president on May 13 reappointed Oli, the Chair and leader of the parliamentary party of the CPN (UML), the largest party in parliament, to the post of Prime Minister.

There is constitutional provision that the Prime Minister appointed as per the Article 76 (3) should take a vote of confidence from the house of Representatives within one month from the date of his/her appointment.

The Council of Ministers had recommended to the President to call for the formation of new government as per Article 76(5) citing to pave the way for the formation of a new government since there was lack of a strong political basis for the incumbent government securing a vote of confidence in the recently developed political context, as no significant difference was seen in the situation than that from May 10 and it would not be appropriate to keep the nation in confusion.