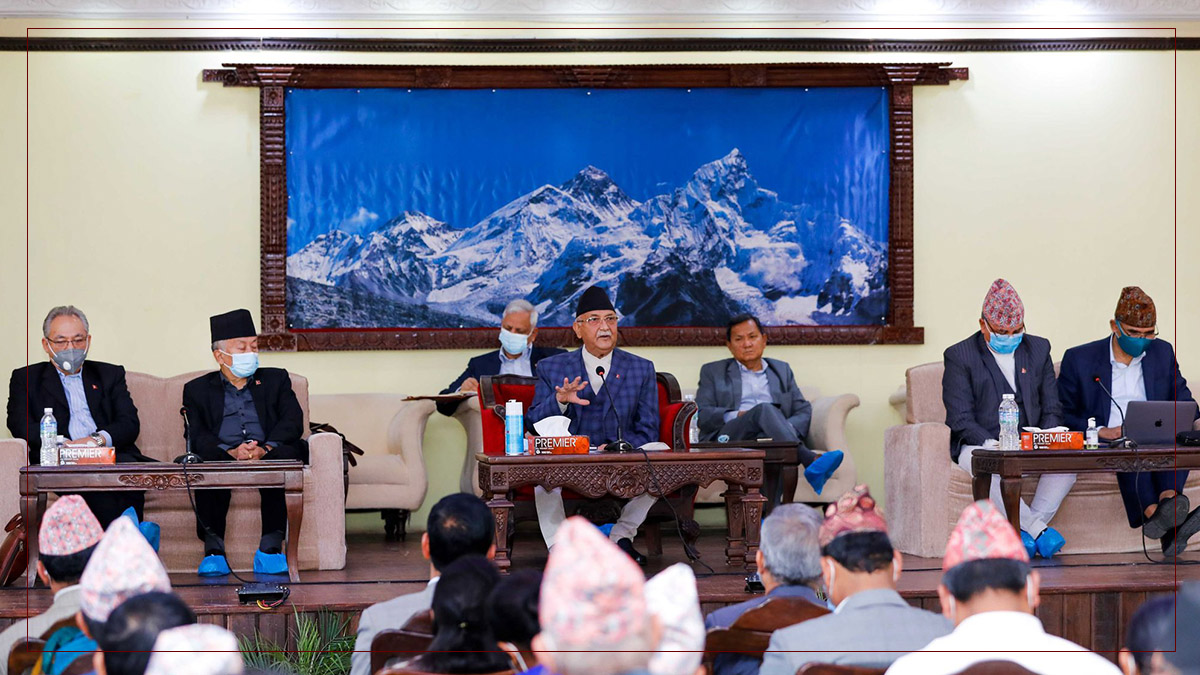 Kathmandu, 24 May (2021) - The CPN (UML) has called a meeting of its standing committee for 4 pm today. The meeting will take place at the Prime Minister's residence at Baluwatar.

The meeting will hold discussions on the upcoming budget, the clarifications sought by the party and the Sudurpaschim province government, the UML party secretary Sher Bahadur Tamang said.

He said clarification would also be sought from the parliamentarians of the party signing in the writ filed on behalf the opposition coalition at the Supreme Court, staking claim for government.

"Further clarifications would be sought with the party leaders and lawmakers who have signed in the writ filed at the Supreme Court claiming for formation of government under the opposition Nepali Congress' leadership," Tamang said.

The standing committee meeting held on May 22 had asked for clarification from 11 party leaders including Madhav Kumar Nepal, Jhal Nath Khanal, among others.

Today is the deadline for presenting the clarifications sought by the party.