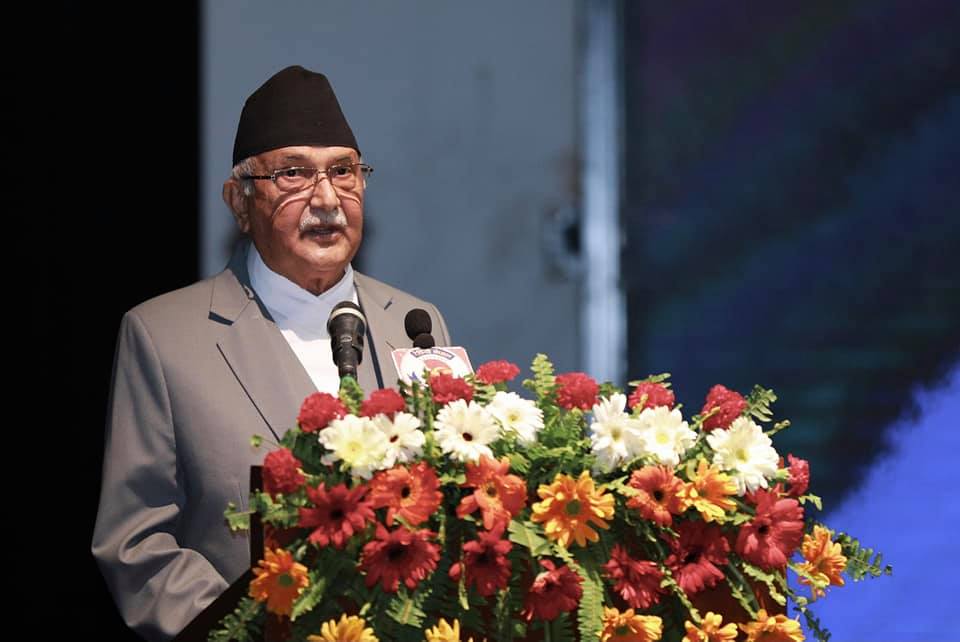 With Nepali Congress Party losing mid-term elections in 1995 and subsequent takeover by PM Manmohan Adhikari from CPN-UML, the then Tribhuvan University Vice-Chancellor Mr Kedar Bhakta Mathema and his team resigned from their positions, paving way for the new government to takeover university administration.

Mr Kamal Krishna Joshi replaced Mr Mathema. When CPN-UML also crumbled, the opposition too demanded Mr Joshi’s resignation. But he did not bog down an inch; rather stubbornly stood to complete his full term. In a live TV program, this scribe had a chance to listen to Joshi's unique way of interpreting raajinaamaa or resignation. Literally, he split the Nepali word into two raaji plus naamaa. His translated version of raajinaama went like this: In order to tender resignation, the person who is resigning must first agree (raaji) before tendering raajinaamaa. It sounds PM KP Sharma Oli is also munching on this definition. He is not going to resign as long as he does not agree to resign.

No resignation word in PM’s lexicon

Those of you expecting him to resign on moral grounds should know that the word “resignation” is simply not there in the Constitution and it is also missing from his dictionary. In place of raajinaamaa now the phrase “marga prasasta garnu” or meaning “paving the way” is in circulation. Before delving further into this new phrase, let us recall what and how things transpired when he first had resigned in August 2016.

Earlier, during his first tenure as the PM (11 October 2015 - 3 August 2016) when Nepali Congress and the Maoists brought no-confidence motion against him, lots of coaxing and pushing had to be done before he, finally, agreed to give up. At one point, he was even threatening that no such motion shall ever be entertained inside the parliament. Finally, when he resigned, he did not disclose it publicly. What he did was he first quietly tendered his resignation to the President, on the way to the then legislative-parliament, before delivering his departing speech. The MPs, expecting for a voting inside the legislative-parliament, were taken by surprise. His exit from power was also equally dramatic. As he left the legislative-parliament building for his private residence at Balkot, his entourage was followed by a fleet of henchmen in motorbikes, numbering hundreds. The procession gave an impression of a mafia in action, often found in third grade Bollywood gangster movies.

No moral ground to stand

When in February the court overturned his decision questioning its constitutionality and reinstated the dissolved parliament, many thought Oli will resign on moral grounds. Anybody abreast with news reporting of that time, will find explanations like these: (a) the court verdict has not specifically asked for his resignation; (b) PM has additional duty to implement the court verdict; (c) the Constitution is silent on this issue etc. etc. The message was loud and clear: He should not resign and he would not resign on moral ground. By the way, this time, when the moral ground was also raised in the court, Chief Justice is reported to have said that it is relative to the person concerned.

Olilogics of paving the way

I have borrowed the word Olilogics from Mr CK Lal, a political commentator. He has written that there are logics, illogics and, a third variety called, Olilogics – something in between. As I mentioned earlier, PM Oli has deliberately opted to use a double meaning phrase “paving the way”. This is what I like to call Olilogics in action.

On 10 May, when he lost confidence vote inside the parliament, he did not bothered to resign. There is no point resigning on moral ground. Instead, he got re-appointed as the PM under Article 76(3). Instead of facing mandatory vote of confidence, he recommended the President to form a government under Article 76(5). He did not resign because the Constitution is silent on this issue. He is “paving the way” for moving the Articles from 76(1) to 76(2) to 76(3) and jumping over 76(4) to reach 76(5) and then, finally, landing on to 76(7), that is, parliament dissolution and early elections. This is the exact meaning of “paving the way” but it can also be interpreted as tendering resignation in a roundabout fashion.

He is neither resigning (because the Constitution is silent on this) nor facing the confidence vote (because that is not mandatory for him) but claiming to form a government under Article 76(5). And here is one more Olilogics in operation. On Sunday press briefing at Baluwatar, he had grudge with the opponents. “Because the opponents submitted fake signatures, the President invalidated his genuine application, with a clear majority of 153 votes, to claim for the government under Article 76(5)”. Hopefully, one does not go insane to buy this argument.