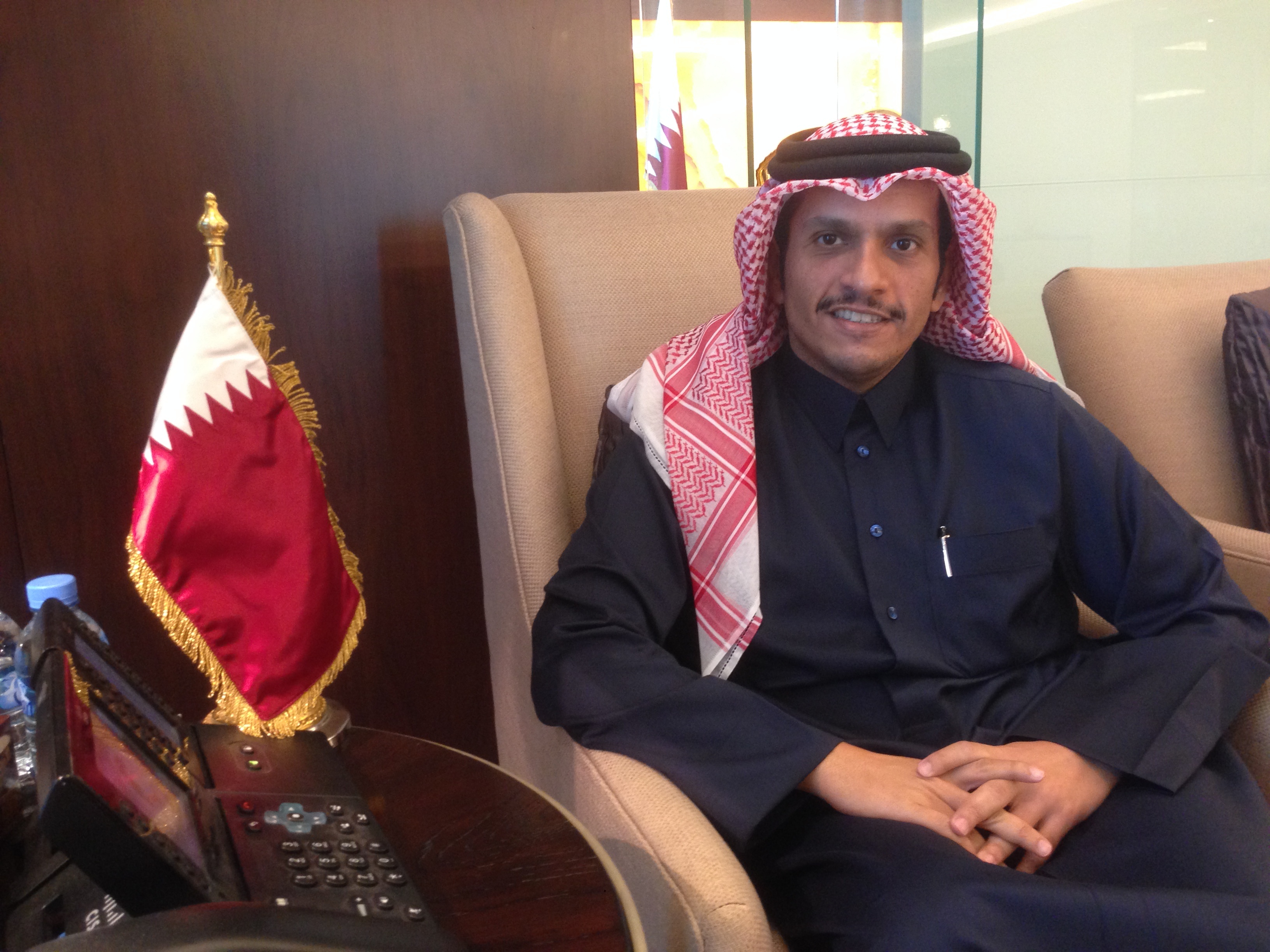 Doha, 30 May 2021 - On Thursday last week (27 May 2021), His Excellency Sheikh Mohammed bin Abdulrahman Al Thani, Deputy Prime Minister and Minister of Foreign Affairs, gave a televised interview with the MSNBC journalist Ayman Mohyeldin, in which he discussed the recent Israel-Hamas ceasefire, Qatar’s aid to the Palestinian people, and Qatar’s history of mediating conflicts in the region.

The Deputy Prime Minister and Minister of Foreign Affairs affirmed in his interview that the ceasefire between Israel and Hamad, which was brokered by Qatar and Egypt, and in close coordination with the United States, is considered temporary. It does not address the root cause of the issue, the provocation that took place in Jerusalem, which fundamentally affects the prospects for a peace process between the Palestinians and the Israelis.

In the MSNBC televised interview, His Excellency stressed the urgent need to make sure that this deal is safeguarded by stopping the provocation and allowing the Palestinian people – Muslim and Christians – to practice their worship without provocation. He also emphasised that the eviction of the Palestinian people who are living in Sheik Jarrah must stop, and the damages caused by Israel’s attacks on Gaza must be addressed. This includes making sure that humanitarian assistance is delivered as soon as possible to the people who are in need.

With regards for how to ensure that this aid goes to support the Palestinians and the reconstruction of Gaza rather than Hamas, with Qatar having pledged $500 million in aid, His Excellency explained that the Palestinian people are not only Hamas. The Palestinian people who are living under occupation cannot be generalized as being part of one group. There are 2.1 million people living in Gaza who are in desperate humanitarian need.

The Deputy Prime Minister and Minister of Foreign Affairs reflected that there are people who are suffering from this war. There are a lot of children who have been killed in the war. Qatar has been providing humanitarian assistance and aid for reconstruction over the past ten years. There is a very tight process already in place, which ensures that the projects are carried out and the humanitarian assistance is delivered.

His Excellency added that the reconstruction projects that Qatar has led over the last ten years includes 42,000 housing units, hospitals and roads. Hamad Hospital, which provides rehabilitation services, performed 70,000 medical services in 2020 alone. It was unfortunately damaged by Israeli attacks in the recent bombings. The Qatar Red Crescent, which is responsible for a lot of humanitarian activities over there, was also bombed in the recent attacks.

The Deputy Prime Minister and Minister of Foreign Affairs noted that Qatar has delivered its aid over the past three years according to a very clear process that has been designed in coordination with the United Nations and the Israelis. It is very clear that Israel is in agreement because they are the only open passage for aid to reach Gaza.

He pointed out that fifty percent of Qatar’s aid has been allotted to buy fuel to provide electricity for the people, and Qatar has increased the power supply in Gaza from 2 hours to 16 hours per day. The other 50 percent goes to the poorest families in Gaza, with every family receiving $100.

He pointed out that this $100 per family, who are in dire humanitarian need, cannot reasonably be seen as a contribution to the production of missiles or weapons. Any argument to that end does not recognize that there are 2.1 million people in need who have been living under siege for more than ten years.

On Qatar’s role as a mediator in regional and international conflicts, His Excellency said that Qatar has been a trusted mediator throughout the years. It has successfully mediated many conflicts in the region, with its diplomatic relationships benefiting regional stability and security. Whether it is with Hamas or with the Taliban, as a friend and as an ally of the United States, Qatar provides a platform to engage with adversaries to bring about peaceful solutions.

In this context, the Deputy Prime Minister and Minister of Foreign Affairs stressed the importance of Qatar’s ongoing dialogues with these different groups. The country played a key role in brokering the recent cease-fire between Israel and Hamas, and Qatar has worked actively with Hamas and the Israelis to broker previous cease-fires in the last few years. Qatar has also helped prevent conflict between the United States and the Taliban, and is currently facilitating a dialogue between the Taliban and the Afghan government.

His Excellency reiterated the support that Qatar can provide in these disputes, by providing a platform for different adversities to talk to each other and try to resolve conflicts peacefully.