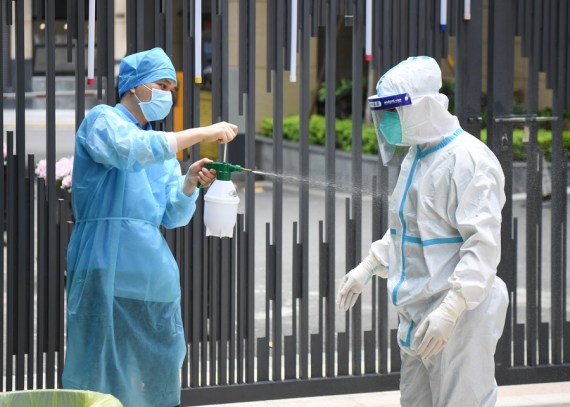 New York, 1 June (2021) - After being ridiculed and debunked for about a whole year, the "lab-leak conspiracy" concerning COVID-19's origin suddenly gained traction over the past week, with all U.S. media reports citing a story by the Wall Street Journal (WSJ) that quoted dubious sources.

It was not the first time that the U.S. mainstream media had willingly played a role in the U.S. war of disinformation. By readily following the White House's old playbook of manipulating media reports to sell its wicked agenda, some U.S. reporters and their employers are endangering not only their careers, but global efforts to fight an unprecedented global health crisis.

By quoting a so-called "previously undisclosed U.S. intelligence report," the WSJ story hinted a far-fetched connection between the "sick staff" of a Wuhan lab and the COVID-19 outbreak.

Yet the Wuhan Institute of Virology, which had not been exposed to the virus before Dec. 30, 2019, has not registered any infection among its staff and graduate students.

What is more, when the name of Michael R. Gordon appeared as the first writer of the WSJ story, people should have second thoughts before believing the theory proposed in the story.

Gordon was a correspondent for The New York Times (NYT) before joining WSJ in late 2017. His credibility as a reporter was tarnished on multiple occasions for inaccurate coverage and relying on anonymous sources.

For example, on Sept. 8, 2002, Gordon and Judith Miller published a report titled "U.S. Says Hussein Intensifies Quest for A-Bomb Parts," which played a key role in raising public support for the unjustified Iraq War. The only sources for his story were either "anonymous American officials" or "Intelligence experts."

Gordon, on his own, or with Miller, wrote some of the key, and badly misleading or downright inaccurate, articles about the fabricated Iraqi possession of weapons of mass destruction in the run-up to the 2003 invasion, including the infamous "aluminum tubes" story.

SourceWatch, run by the Center for Media and Democracy, said that in late 2006, Gordon also wrote a series of reports touting an escalation in Iraq, while "there were of course plenty of Iraqis and some Americans Gordon could also have found, eager to say the exact opposite."

Gordon's WSJ story on the COVID-19 origin is strongly reminiscent of the botched U.S. war of disinformation ahead of the U.S. invasion of Iraq. First, Gordon obtained so-called "information" from "a previously undisclosed U.S. intelligence report," and recounted it with amplification. Other media followed up, widely citing the Gordon story to hype up the topic. A few days later, the White House called for an intelligence report on the origins of COVID-19 within 90 days.

As U.S. reporters Amy Goodman and David Goodman said in 2004, this was the "classic disinformation two-step," in which the White House first leaks a lie to a U.S. media outlet, and the latter publishes it as a startling expose; then, the White House conveniently masquerades behind the credibility of the media.

Tracing the origin of COVID-19 should be both scientific and professional, and there should be no room for either political manipulation or media fabrication. Otherwise, global efforts to fight the virus and save lives would be seriously hampered.

By engaging in troubling coverage on the origin of COVID-19, Gordon has made himself an accomplice in the botched U.S. war of disinformation. His credibility as a reporter is tainted every time when his tricks are exposed, and this is just another instance of this.