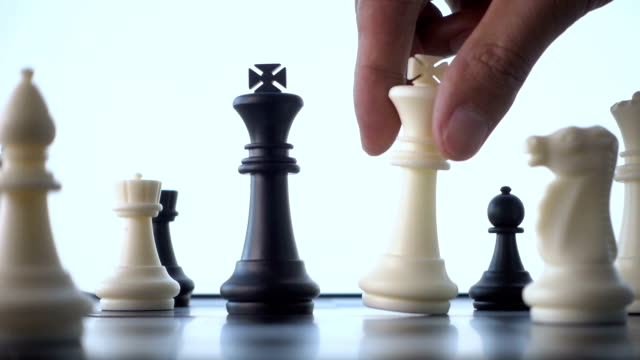 With the dissolution of the parliament for the second time, Nepal's political uncertainty has entered yet another phase. Although Prime Minister KP Sharma Oli's decision to dissolve the House has been challenged at the Supreme Court, one cannot be sure that the country will see stability even after the court verdict.

Three years ago, a euphoria had gripped the country when two large communist parties of Nepal, viz. CPN-UML and CPN-Maoist Centre merged to become Nepal Communist Party (NCP) that enjoyed almost two-thirds majority in the parliament. Political analysts were crooning with delight that the coalition-based instable politics in Nepal was confined to the dustbin of history. But in less than three years, the party has split once again and parties are seeking to stitch a coalition to stake a claim at power.

The artificial alliance of UML and Maoist was undone by the Supreme Court decision while another contrived alliance between Rastriya Janata Party Nepal and Samajwadi Party Nepal (known as JSP) also has split with leaders of one faction kicking leaders of another faction out of the party. It is so ridiculous that you can't even call it a joke.

Short-termism and tunnel vision is the hallmark of Nepali politicians and the current liquid situation is the consequence of that malaise. NCP was cobbled together following the electoral alliance between two parties and no significant discussion between the party leaders had occurred at the theoretical and ideological level before the party merger. Expecting ideological clarity from Nepali leaders is a tall ask in itself but even then this particular coalition was built just to share the spoils. When one side refused to share the spoils with the other, the patchy coalition was undone.

With the unpredictable current political situation, geopolitical actors seems to have adopted a hands off approach in Nepal. Indian establishment is contented with "making note of Nepal's political development". After the failure to keep the communist coalition intact, Chinese Ambassador Hou Yanqi's hectic parleys with leaders have stopped altogether. It appears as if PM Oli has managed to placate both the neighbours' concern.

Different reports suggested that Ambassador Hou had asked Oli to leave either NCP chairmanship or country's premiership to keep the communist coalition intact. Irked with such a recommendation, Oli is said to have taken recourse to RSS/BJP establishment in India. Firebrand right-wing leader Subramaniam Swamy in one of his interviews last year said that Oli had endeared himself to the RSS establishment, playing the Brahmin card. This year, Oli made his rightward turn complete by pitching for a Ram Temple in Thori and trying to burnish his Hindu credentials among the Indian audience by giving interviews to pro-establishment Indian news channels, singing glories of rich eastern ancient traditions.

Seeing Oli moving the Overton Window with his "rightward" steering of UML politics, the left-liberal section in Nepali intelligentsia is afraid that the country is walking a backward path and restoration of Hindu kingdom, monarch and unitary system are on the cards. They say that Oli's announcement of early elections is only a sham as it is not possible to hold polls at a time when the pandemic is surging. As per their calculation, Oli wants to create a constitutional void in the country that leads to the nullification of the existing constitution.

The rightist camp in Nepal is happy with the current development and wants Oli to go a step further. They believe that Oli is the most appropriate person to champion their quixotic cause and even the influential southern neighbour presents a favourable condition for the rightward turn. Oli seems to have made a change of heart after the midnight parley with India's external intelligence agency chief Samanta Prasad Goel. The details of that meeting has not been made public, leading to wild media speculations bordering on insanity.

Sick with such apprehensions, the left-liberal camp in both Nepal and India have been penning various op-eds in Indian newspapers. India's former ambassadors to Nepal, Shyam Saran, Rakesh Sood and Manjeeb Singh Puri have exhorted the Indian government to stop Oli from "dismantling the achievements" made in the last 15 years. Former PM Baburam Bhattarai too has joined this chorus and appeared in India's print and online media to make his case. (Bhattarai's take was ridiculed by Dr Vijay Chauthaiwale who is in-charge, Department of Foreign Affairs of ruling Bharatiya Janata Party and he was even chastised by Rakesh Sood during the video discussion with The Print). Journalists in both English and vernacular media in India too have weighed in the debate by asking Modi to refrain Oli from "mangling the constitution".

Indian babus and journos' suggestions appear nothing but invitation for India's blatant interference in Nepal's politics. Curiously, Chinese media has not weighed into Nepal's current political situation contrary to previous occasion when Global Times had clearly endorsed Oli during his first tenure.

Returning to Indian commentariat, Shyam Saran's piece is the most vocal one in asking India to rush to manage Nepali politics. His play with words like "engage" and "interfere" are just smoke and mirror for the invitation to micro-manage Nepali politics. The phrase "people" in his article is hogwash as the constitution-drafters and promulgators did not take people's suggestions to make changes in the draft. Moreover, they have pushed people's demand to hold referendum on the sensitive matter of monarchy, Hindu kingdom and federalism to the backburner.

The current political imbroglio has clearly shown that the current political dispensation is not working. It is dysfunctional because it was built on the dashed hopes of the people. Existing constitution that gives legitimacy to the current dispensation was made in a hurry when the country was in shock after the earthquake. It tried to please everyone but ultimately managed to disgust all concerned. Oli should be given credit to have exploited contradictions, anomalies and lacunae in the faulty constitution to prolong his stay in power. It appears that the country will have to make do with instability as long as this constitution remains in place.