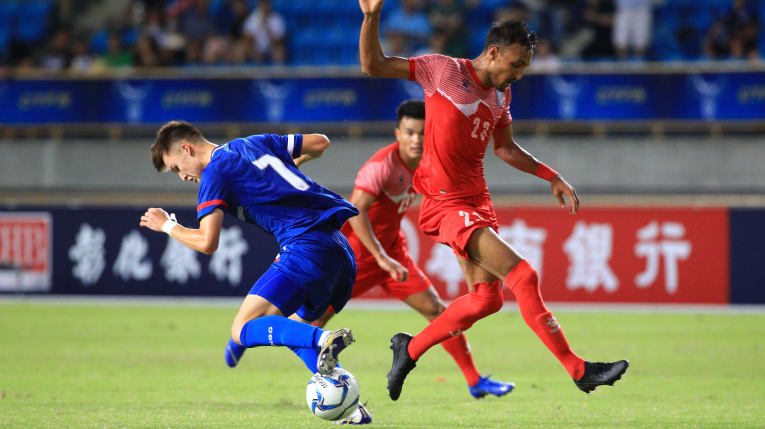 Nepal made their outstanding performance in the joint qualifiers of the 2022 FIFA World Cup Qatar and 2023 AFC Asian Cup to be held in China.

For Nepal, Anjan Bista made the first score in the first fourth minute of the game through a penalty shootout.

Similarly, Nawa Yug Shrestha contributed the second goal in the 81st minute of the game.

With this win, Nepal managed six points and is in the fourth ranking in the Group ‘B’.

Now, Nepal are scheduled to play with Jordan on June 7 and with Australia on June 11, according to All Nepal Football Association (ANFA).