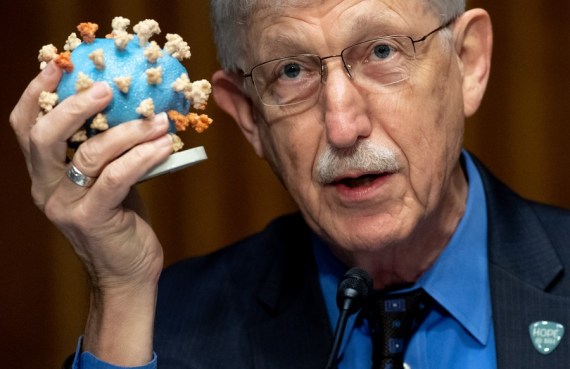 Washington DC, 4 June (2021) - Director of the U.S. National Institutes of Health Francis Collins appeared to have dismissed the Wuhan lab leak theory of COVID-19 as a "conspiracy" in an email last year, according to recent media reports.

Citing a newly released email in April 2020 from Collins to Anthony Fauci, director of the National Institute of Allergy and Infectious Diseases, U.S. magazine Newsweek reported Wednesday that the subject line of Collins' email to Fauci was titled "conspiracy gains momentum."

Most of the message was redacted, aside from a link to an article related to a claim that COVID-19 could have originated from a Chinese lab, said Newsweek.

Fauci's response email was also redacted, according to the report.

In an interview published in May 2020 by National Geographic, Fauci said, "If you look at the evolution of the virus in bats and what's out there now, (the scientific evidence) is very, very strongly leaning toward this could not have been artificially or deliberately manipulated."