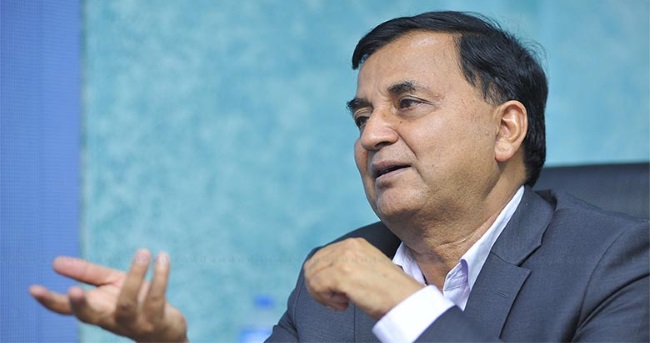 Kathmandu, 6 June (2021) - General Secretary of the ruling CPN UML Ishwor Pokhrel has called the party leaders and cadres to keep the party intact by maintaining unity within it.

After getting relieved of the post of Deputy Prime Minister, General Secretary Pokhrel vowed that he would emerge further active to face the challenges in the party. There were ill efforts going on to enfeeble the national campaign of economic development and prosperity by creating fear among people on political instability, he said, claiming that all Nepali people have piled hope on UML.

General Secretary Pokhrel said it in a press statement today. "I call all leaders, cadres, and supporters of UML to be united to face the challenges and meet present need," he appealed.

He further informed that the works he carried out were formally documented which would be used for future information as well.  Pokhrel had worked as the coordinator of the Covid-19 Crisis Management Centre, and High Level Coordination Committee. Pokhrel also shared the information that he submitted his seven months' remuneration (Rs 456,400) to the state fund for the treatment of coronavirus infected ones as per government decision. Similarly, he also contributed more than half million rupees to the party fund.