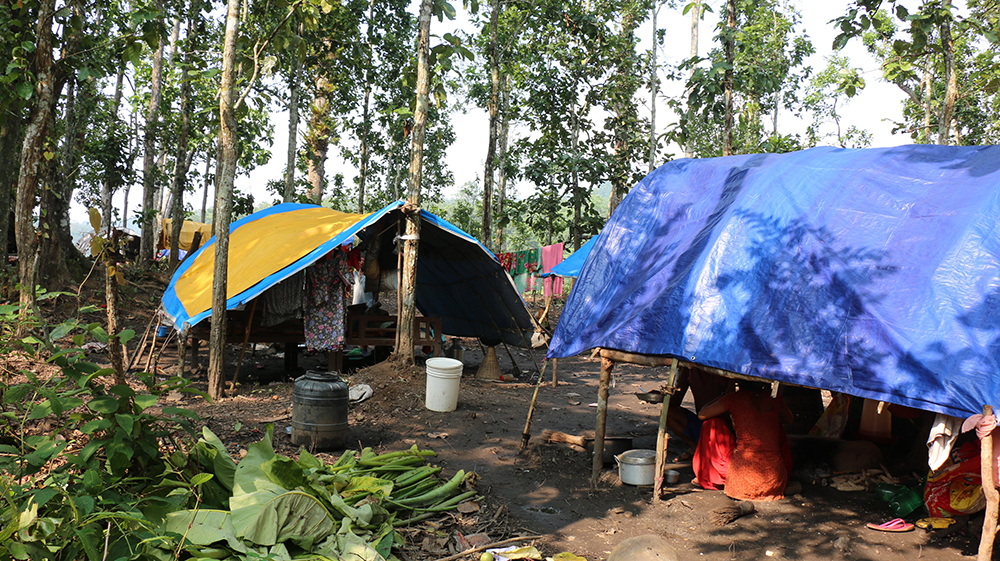 The number of men of the community eligible for marriage is far less than that of women. This is one of the factors that have pushed its populations on a downward trend, it has been said.

The community shares the same culture with the ethnic Chepang community. So both the communities have accepted marriage proposals of their children. Until around two decades ago, the community was a nomadic one.

With awareness and modernism making inroads into their lives, their lifestyle has changed drastically lately. The total 34 children from the community have attended school while two of them have passed out of school level. The local administration has also recognised the community by providing them the citizenship certificate. Both the SLC graduates (Pampha and Santoshi) now have pursued technical subject.

Journalist Pratap Bista, who has provided assistance with the studies of the SLC graduates and who has been raising voices for the protection of the community through journalism, said that there lacks a permanent accommodation for the community as it does not possess any land in their name.

Listed as endangered indigenous ethnic community in 2059 BS, the community is at present living temporarily in the lands belonging to a national park nearby.

The rural municipality has constructed the house, where former Prime Minister Dr Bbauram Bhattarai had stayed, as a homestay. It is going to run homestay to improve financial condition of the people of Bankatiya community making publicity of their lifestyle, food, traditions and culture as well as to those who want to know about their lifestyle and stay at their houses.

The rural municipality has constructed homestay as a sustainable alternative of economic upliftment for Bankariya community as self-awareness along with economic transformation is necessary for social transformation.

Kathmandu, 29 July (2021) - The Delegated Legislation and Government Assurances Committee under the…