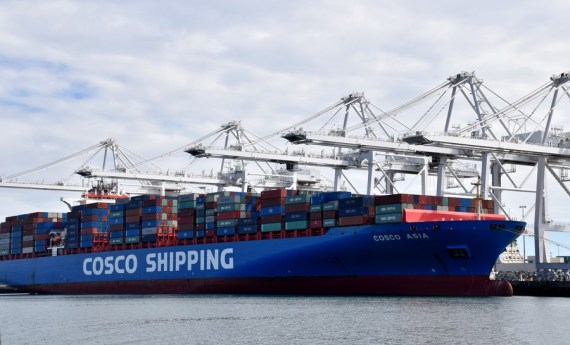 Beijing, 10 June (2021) - The U.S. Senate on Tuesday passed an expansive bill that is apparently seeking to use an obsolete Cold-War mentality to boost America's future tech and manufacturing.

The 2,400-plus-page bill shows Washington's growing anxiety over and ideological prejudice towards China's development, as well as its paranoia to maintain America's global technological superiority.

However, those U.S. lawmakers who sponsored the bill as well as other like-minded Washington politicians are steering their country onto a wrong and dangerous path, which will only harm the United States and the world at large.

Hyping up the so-called "China-threat" theory may be a convenient political stunt, and help some self-serving politicians score some cheap political points for the moment.

Yet demonizing China won't fix the chronic, deep-rooted political, social and economic problems that have been plaguing the United States for decades. These problems are the real obstacles that are undermining America's potential for long-term healthy development.

What's worse: This big bloated bill could drag the United States into years of wasteful investment on industrial subsidies, hurt American businesses, and even stoke racial conflicts that would rip the country further apart.

The world also stands to lose. The bill, if it becomes law and is implemented, could rock global supply chains, block international tech cooperation, encourage unhealthy market competition, and restrain innovation. This all would be terrible news for a trembling global economy struggling to get back on its feet in the post-pandemic era.

It is perfectly reasonable that Washington politicians are yearning for a stronger United States. Yet they have no right to do so by ridding the Chinese people of their legitimate right to pursue better lives.

China has made it clear repeatedly that its development is never intended to beat that of the United States, but to build a better China for its own citizens. It has also proven on various occasions that it aims to contribute to global development with its economic and technological advancements.

The research and development of COVID-19 vaccines serves as a perfect example. From the very beginning, China has pledged to make its vaccines a global public good. Indeed, it has honored its commitments by providing vaccine assistance to more than 80 countries and three international organizations, exporting vaccines to over 50 nations, and offering vaccines to United Nations peacekeeping missions and the International Olympic Committee.

In this era of globalization, China and the United States, the world's top two economies, share a responsibility to work with the rest of the international community to address multifaceted challenges facing humanity, like climate change.

Thus, Washington should ensure that its cooperation with Beijing is the mainstay of their overall relationship, while at the same time make sure that their competition, if inevitable, is a healthy one.

The United States and China both stand to gain from cooperation and lose from confrontation. As the bill now heads to the House of Representatives, decision-makers in Washington should seize the opportunity to think carefully about what is really beneficial for America's long-term competitiveness.