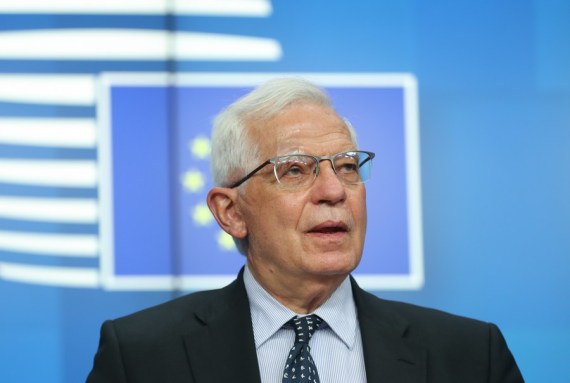 "We live in a world where the demand for multilateral solutions is greater than the supply. We see more divisions, more free-riding and more distrust than the world can afford," he told a Security Council meeting on UN-EU cooperation.

"Rules-based multilateralism is a term that's perhaps well understood at the UN and in Brussels. Maybe it is not a simple, nor an appealing phrase. But our job is to bring it alive," he said.

"We need global cooperation based on agreed rules. The alternative is the law of the jungle, where problems don't get solved. Every day we see the cost of the absence of multilateral action: reduced access to vaccines, insufficient climate action, peace and security crises that fester," he added.

Borrell regretted the lack of consensus among Security Council members.

"Last year I said, 'At a time of global crisis, we need a Security Council able to take the necessary decisions and not one that is paralyzed by vetoes and political infighting.' Unhappily, the situation has not improved," he said.

Sitting on the Security Council is a serious responsibility, politically, even morally. The UN Charter gave this council the supreme say on matters of peace and security. For the EU, there is no acceptable alternative, he said.