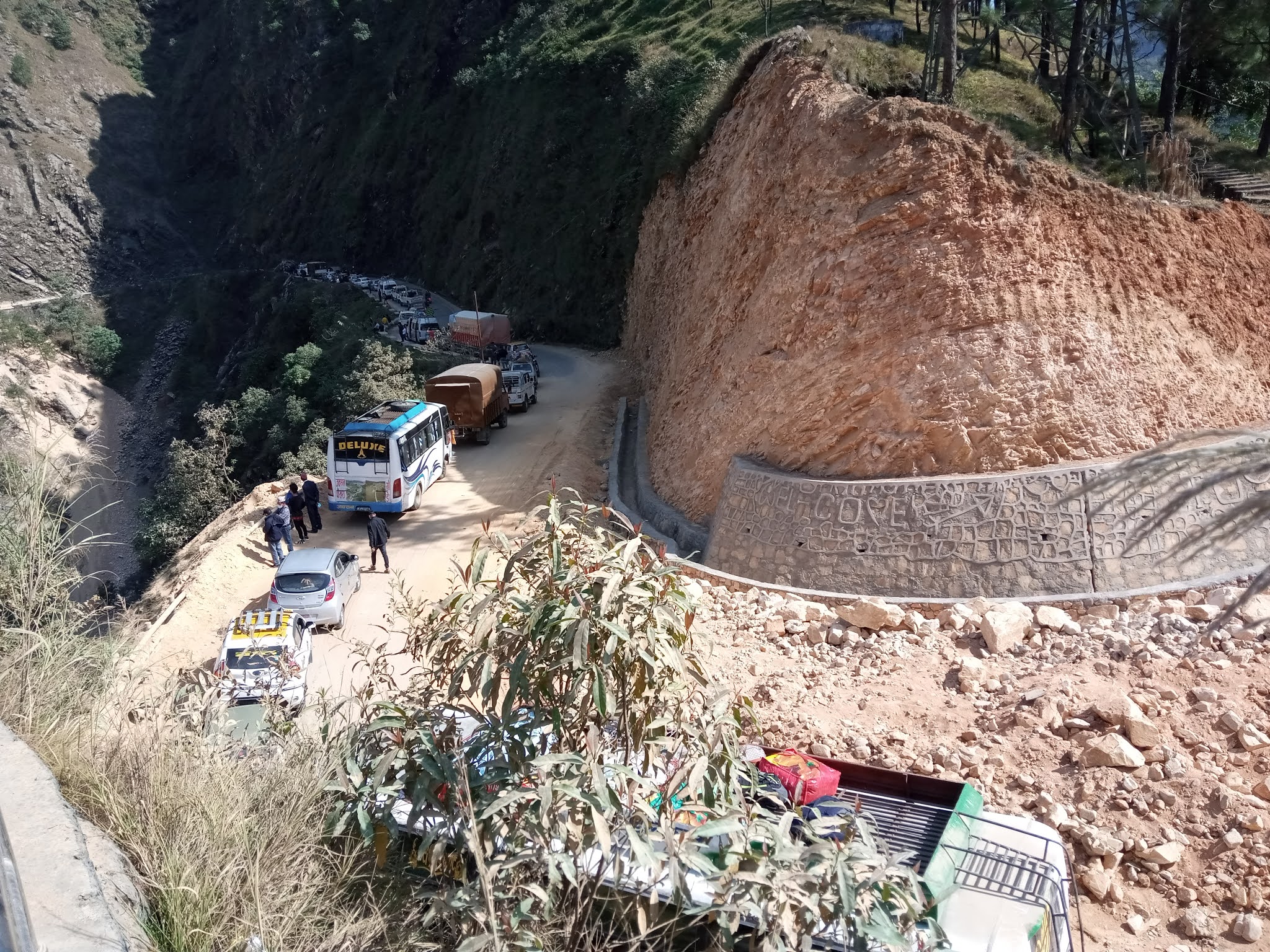 Waling, 13 June (2021) - The Siddhartha highway has been obstructed due to landslides triggered by heaving rainfall since yesterday. Landslide that took place at Bhalu pahad in Fedikhola rural municipality-2 of Syangja this morning has obstructed the highway, according to the District Police Office, Syangja.

As a result, the Pokhara-Syangja road section of the highways remains closed for traffic, DSP at the office Rajendra Prasad Adhikari said. Landslide continues to take place at the location since 6 this morning.

Though efforts are being made in coordination with the Department of Road to open the road, continuous rainfall has hampered it. Hence, it is likely to take some time before the road section is opened for traffic, Adhikari said.