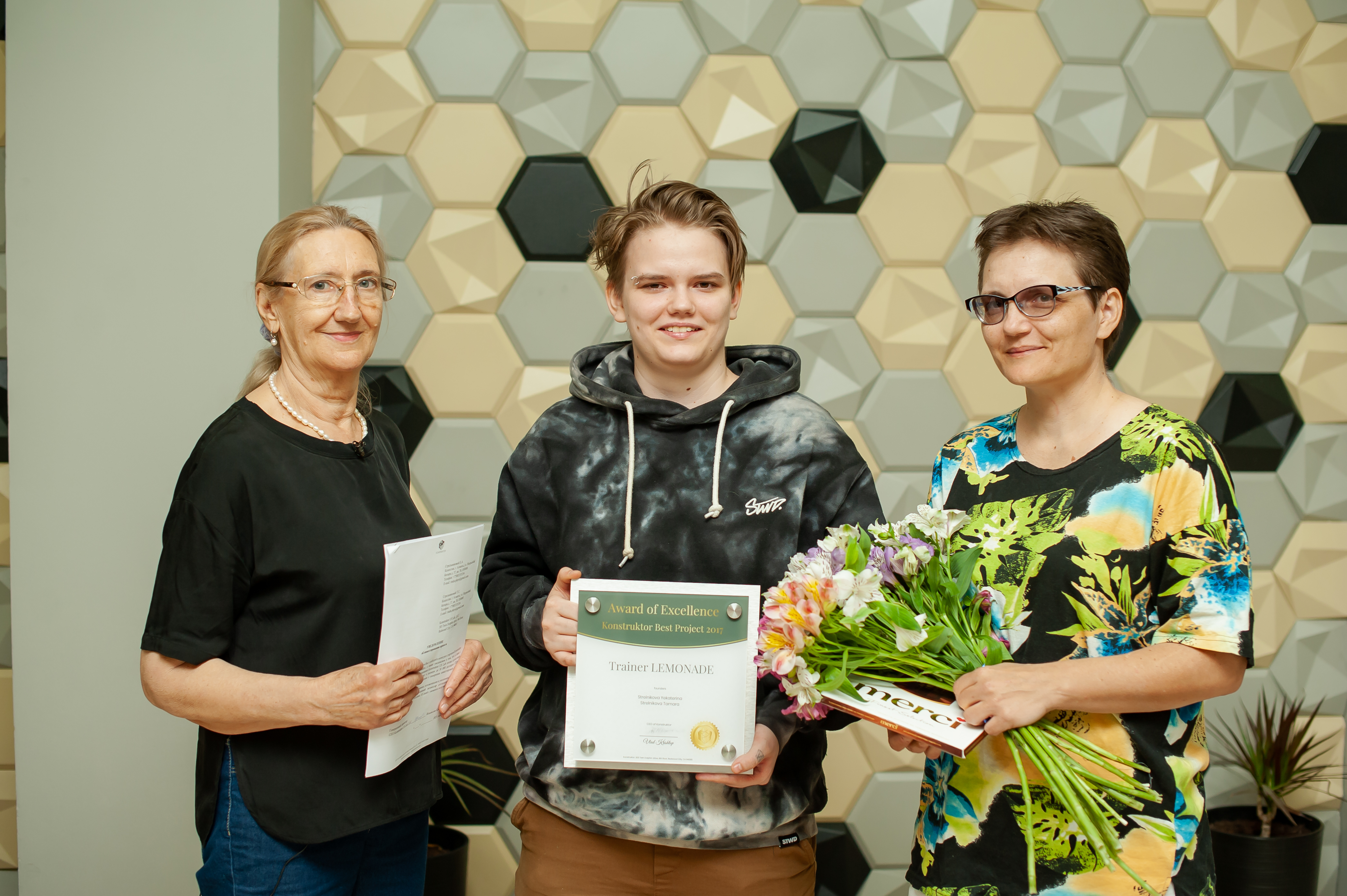 Almaty (Kazakhstan), 13 June (2021) - The first international award for "Best Startup of the Year" was given out by the American technology company Konstruktor on May 22nd in the city of Almaty, Kazakhstan.

The winner of the Konstruktor Start competition is the Lemonade project by Ekaterina and Tamara Strelnikov, which will receive up to $30,000 in investments from the American technology company Konstruktor.

The prize was presented by a special representative of the Konstruktor company, who arrived in Almaty from the United States to personally congratulate Ekaterina and Tamara on their well-deserved victory.

The American technology company "Konstruktor" was founded in 1999 by Vlad Krishtop. Konstruktor’s mission is to support creative and artistic initiatives of people from all over the world and to create the best conditions to develop them. Konstruktor is also a unique global community, a creative environment, with more than 1 million members from 190 countries.

Konstruktor is part of a group of companies managed by the parent investment company Second Working District in California. Most recently, the primary interest of the company has been investments in the intellectual sphere as well as looking for innovative projects and assisting in their realization.

According to the Konstruktor Start jury, the selection process was difficult. However it was Ekaterina and Tamara Strelnikov from Kazakhstan and their startup project Lemonade that deservedly received first prize and up to $30,000 in investment to further develop their project with the help of Konstruktor.

The Lemonade project (Leap Motion Navigation of Deaf) by Ekaterina and Tamara Strelnikov is a project to create an interactive simulator that will help children with hearing impairments, as well as their parents, to master both sign language and the sign alphabet.

The project is innovative, high-tech, has practical application and solves a specific existing problem. At the same time, this is a solidarity project. Initially, the idea of ​​creating a product that would facilitate communication and integration of children with hearing difficulties arose as a personal situation for the creators’ family. However, the use of such a simulator can in fact improve the quality of life of more than 360 million people in the world who are deaf or hearing impaired. In this case, we can talk about the global nature of the project as well as its commercial appeal.

Ekaterina Strelnikova was the project’s ideological inspiration and her mother, Tamara, was the project’s technical consultant. Despite her relatively young age, at 20 Ekaterina already teaches programming and has been developing her own projects since she was young. Her mother Tamara is a professional Python developer. Together, they were not only able to learn about Konstruktor, but they were also able to present an original project and create its successful presentation and promotion.

Today Lemonade technology is already at the implementation stage and is being applied in practice at Boarding School 1 in Almaty.

The presentation of first prize to the winners of the Konstruktor Start startup competition was an important event for Konstruktor itself, which plans to continue supporting enthusiasm, intelligence, professionalism and entrepreneurship. And from future information, Konstruktor will also continue to create a space for creativity, dreams and cooperation