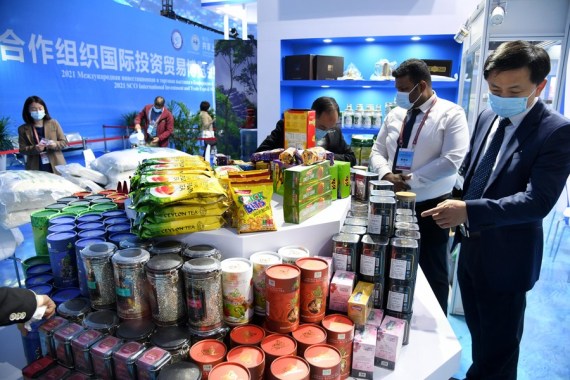 Li Ziguo, director of the Department for European-Central Asian Studies of the China Institute of International Studies, told Xinhua in a recent interview that the SCO will accelerate the building of a regional community with shared future, shine in the area of global multilateralism, and will offer more feasible solutions in accordance with the SCO's approach.

Since its founding 20 years ago, the SCO has continuously developed and expanded, and its influence has been continuously improved, Li said, adding that the SCO has successfully explored a new type of cooperation and development path for regional organizations.

The fruitful achievements of the SCO can be seen in such fields as security, economy and culture, the expert summarized, which, as a result, enhanced political trust within the SCO member states, safeguarded the overall security and stability of the region amid complex internal and external environments, promoted regional economic cooperation and social and economic development of various countries, and strengthened people-to-people bond and the sense of "a big SCO family."

"The Shanghai Spirit is the essence of the SCO," Li said, noting that guided by the spirit, the SCO members have enjoyed good-neighborliness and common development, upheld the international system with the United Nations at its core, and safeguarded the international order based on international law.

The spirit keeps pace with the times, Li said, recalling that in recent years, Chinese President Xi Jinping has put forward a series of concepts and propositions on SCO-related occasions.

In Xi's speech at the SCO Qingdao Summit in 2018, Xi put forth a series of important propositions including the outlook on development, security, cooperation, civilization and global governance.

All of these concepts and propositions, Li said, have not only enriched the spirit, but also provided pragmatic and effective measures as well as new impetus to the SCO.

As for the future development of the SCO, Li said that COVID-19 has made it more urgent for the member states to maintain regional stability, strengthen cooperation, and seek common development.

In addition, countries in the region also enjoy great potential for cooperation in high-tech fields such as e-commerce, digital economy and smart cities.