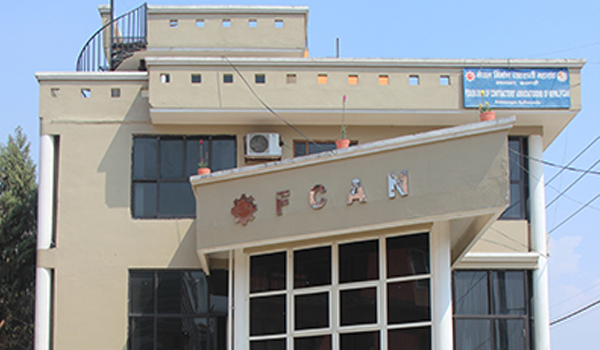 Kathmandu, 14 June (2021) - The Federation of Contractors’ Association of Nepal (FCAN) has demanded the extension of the timeline of the projects with the deadline up to last April 29 by a year. The demand came with a note that the provision of extending the project period by six months would in no way be scientific.

A delegation of the FCAN called on Minister for Culture, Tourism and Civil Aviation Umashanker Argariya on Sunday and also presented their institutional opinion on the fiscal year 2021/22 budget.

FCAN Chairperson Rabi Singh said the state would incur no loss while returning cent percent of the deposited amount on condition of bank guarantees. The budget for the upcoming fiscal year has specified a provision of returning only 50 percent which he said should be a subject to consideration.

FCAN has come up with its opinion that the returning of cent percent deposit would help make the market economy dynamic. The flow of bank-dumped money into the market would not only benefit the government but also the contractors in the troubled times of the coronavirus pandemic, the FOAN said.

FCAN has also drawn the attention of the government towards continued bidding process from the federal, provincial and local levels in the areas of non-essential services being negligent to the public health in difficult times. The FCAN therefore has called for the adjournment of the current process of the procurement since the contractors cannot take part in the process due to multiple reasons in the current context.

In addition, the Federation has also urged the government to make arrangements of vaccination to the contractors and workers who are mobilized in the forefront of the construction works in the field.