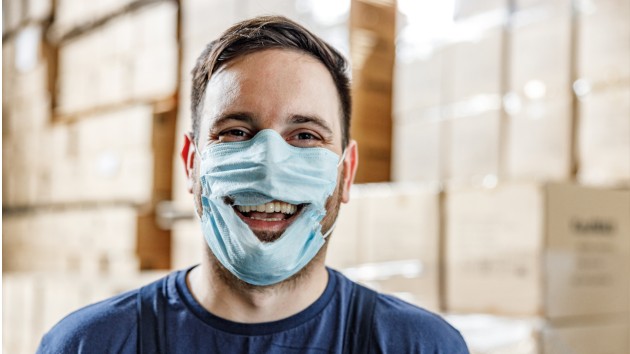 Cornonavirus (Covid-19) is a disease in paradox or a paradoxical disease. Have we ever heard about “false negative”? This happens with Covid-19. Not only an infected person fails to know s/he is being infected, even the medical doctor seeking to cure the patient has to be scared being infected. There are now cases of long Covid – that is, the disease hangs on to the body for an indefinite period. Some countries are already into third wave and it is expected to have, as long as, sixth wave. Earlier, “herd immunity” was proposed as a final solution. But now, with its so many variants, Covid-19 sounds like a never ending business.

Due to the possible contagion, prisoners were released in many countries while the commoners have been locked inside their homes. Earlier, face masks were worn primarily by cheats, burglars and smugglers. Now, they have turned out to be a necessary part of the attire of the gentle people.

Death may be a great equalizer, but coronavirus death is terrible. First, it is a discriminatory disease. Initially, it infected poor people in rich countries, sparing rich people in poor countries. It is a disease in extremity, making rich richer and poor poorer. Had not this been a case there would not be abrupt rise in a number of billionaires with equal offsetting rise in poverty.

For the rich and the powerful, lockdowns means having a vacation; for the celebrities infection means an opportunity to become more popular. It is the poor and downtrodden who are ostracized by the virus.

The pandemic is a problem not just for people living; it is also the problem for people dying. In Sri Lanka, controversy sparked last year after the government ordered dead bodies to be cremated compulsorily. This offended the Muslim population. The banning of or restriction in church gatherings and prayers have offended Christian communities. For Hindus, Kumbha Mela earlier this year is regarded as one of the sources triggering second wave of the pandemic in India.

The disease has produced covidiots too. The virus may be controlled but same cannot be said about covidiots. Former US President Donald Trump could be a starting point. Trump publicly declined to wear face mask. This led to the White House to introduce a policy of wearing face masks with an exception to the President. The New York Times columnist Mr Frank Bruni wrote, “Trump demands protection from everybody around him, but nobody is protected from Trump.”

Brazil’s far-right president, Jair Bolsonaro, a good friend of President Trump, is also popular for downplaying the disease, taking it simply as a normal flu. When asked about the number of people succumbing to the disease, he did not fail to advise his people, “Dying is a part of living”. For Brazilians, Bolsonaro has turned out to be far more dangerous than the virus itself.

North Korea and its leader Kim Jong Un had its own covidiotic approach to fight the virus. The country has been officially declared as a “corona-free country”. Many believed Kim’s disappearance in 2020 from the media was a result of self-isolation rather than a speculation over his poor health.

Belarus is another country to watch for covidiots. In late March 2020, the country organized a football match. While most European countries were quarantining their citizens and shutting borders, the president of Belarus, Alexander Lukashenko, did not bog down an inch. Instead, suggested his citizens to drink plenty of vodka to deter coronavirus.

In an attempt to save from corona infection, more than two dozen covidiots in Iraq killed themselves by drinking home-made brew. Glad that no one is suggesting such a measure here. But we do have covidiots advising us to drink urine from cow, camel and other animals including own urine. Our PM KP Sharma Oli suggested drinking plenty of turmeric or guava leaves-infused hot water, sneezing away the virus as a common cold, and refrain from taking ice-cream.

During coronavirus crisis in 2020, Bogota was in the media for coming up with a gender friendly lockdown. Men and women were allowed shopping, respectively, during even and odd days. The third genders were offended by this gendered lockdown policy; therefore, it had to be withdrawn after a month long enforcement.

The Mayor of Osaka City in Japan was rebuked by women after he suggested that men, instead of women, should do the household shopping. The idea behind was that women consume long time during their shopping trips and hence results in market congestion. They mayor did apologize for his misogynistic comments.

Coming back home, the global pandemic has taken away much of “social status” that is associated with foreign visits, foreign tours, foreign studies, and foreign jobs. Anyone returning home from abroad is looked upon with doubt and suspicion for transmitting the disease.

There are also many covidiots in Nepal. During the first wave when we had a mild spike, we took pride in our immune system simply because we are used to living in an unhygienic environment or we are habituated to taking spicy foods. Some people boasted that Nepalis had practiced indigenous methods of “social isolation and quarantine system” like Chhaupadi or greeting each other with namaskar without making physical contacts.