Women should have courage to compete in party's key posts: NC leader Sitaula 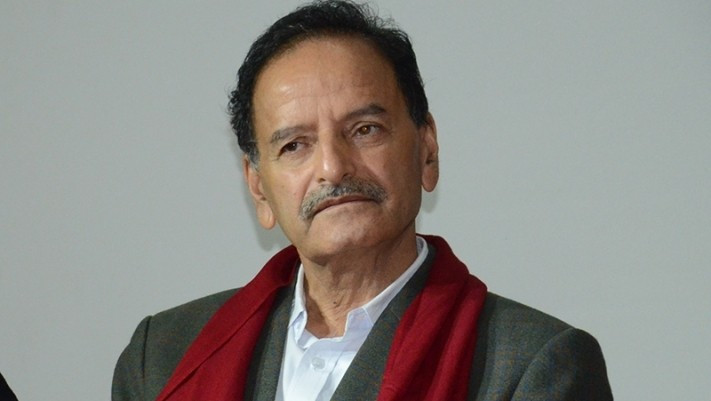 Kathmandu, 5 July (2021) - Nepali Congress leader Krishna Prasad Sitaula has said that women should have the courage to compete for the key offices in the Nepali Congress.

He said so while addressing the Province no 1 and 2 level virtual interaction on the topic, '14th General Convention of the Nepali Congress: Policy and Women in Leadership' organized by Our Campaign for Democracy on Sunday evening.

Leader Sitaula opined that the capacity of women would be enhanced only if they cultivated the capability to compete with the males in the party's key posts.

"Women's struggle for inclusive rights within the party is alone not sufficient, they should go for competition. Women's capacity is enhanced through competition," he said.

The party former general-secretary also commented that the women have not been able to reach the top leadership positions within the party due to the 'increasing culture of palm-greasing and favouritism in the party.'

He reiterated that he was positive on the provision of giving 33 per cent representation to women in every sector within the party as per the constitution.

Party's former treasurer Chitralekha Yadav said policy appropriate to women could not be made unless women reached the higher echelons of leadership in the party. "It has become difficult to develop, promote and push for women leadership due to the dominance of males in the party's policy-making level.

She said it is regrettable that women have not been able to get to the top leadership position of the party so far although they are in the forefront of every movement waged for democracy in the country. Yadav stressed that the party should promote women leadership as per the letter and spirit of the constitution.

Party central member and programme coordinator Dr Dila Sangraula lamented that the women who comprise more than half the population of the country have not been able to reach the leadership in the Nepali Congress, which calls itself as the vanguard of democracy and justice.

She said although the Constitution has guaranteed one-third women representation in every organ of the state and in every structure of the party, this right was far from being implemented.