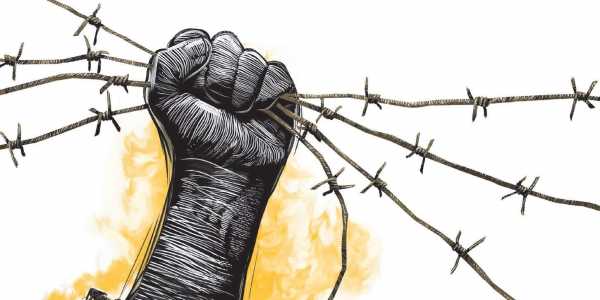 In my earlier writing, I opined that dispute between Miss Rupa Sunar and Mrs Sarswoti Pradhan could have been resolved amicably had not the police resorted to its antiquated practice of not registering the case in time without tok aadesh from their hakims or taking a 60 years old lady into custody (use of force) in the pretext of investigation or Miss Sunar not resorting to media baazi or simply “media trial”.

Well, things did not turn that way and the case is still being blown out of proportion – by the social media, by the politicians expecting to cash on disputes, by the disputing parties themselves - incited, directly or indirectly, by the known and unknown groups with vested interests.

Pradhan has registered her complaint with the National Human Rights Commission. It is reported in the media that she is also planning sue Sunar. Sunar has filed writ petition in the Supreme Court against Minister Krishna Gopal Shrestha, the police, sarkari wakil and Pradhan. The court has summoned the defendants. A lawyer is threatening to internationalize the issue if the Court fails to dispense justice to Sunar. Others are threatening to take up arms, if necessary. As a possible counter move, Newar Community in general and the association of house owners in particular are readying themselves for possible confrontations.

Media and various groups are blowing the fire to bring about communal strife and dispute. A member from the Upper House is threatening with fast-onto-death, if justice is not meted out properly. The dispute between a landlord and a prospective occupant has been deliberately magnified and translated into a dispute between rich, high caste city dweller and a poor, lower caste, migrant worker. It has also been framed as a dispute between two ethnic communities – Newar and dalit.

There are also voices calling for a mediated settlement of the dispute between two parties but dalit community is poised for a battle.

Let me first present here a sample of sounds bytes, arguments and counter-arguments, collected from media reporting. This is given in Box 1.

Beside the sample of illogical logics given in Box 1, there are highly personalized attacks, innuendos and counter attacks, not worth repeating here.

As I mentioned above, the responsible factor is the social media or the Youtubers in particular who are instigating or even inciting the parties to the dispute – social activists, lawyers and politicians. One can fairly imagine from the leading questions they pose to the interviewees. Here are some examples:

“Why is your group keeping quiet?”

“What are your counter-moves to the show of power?”

“When will you go for Andolan? When are your supporters coming out into the streets?”

“Do you think this issue will die down quietly?”

Probably to increase viewers, they are busy stoking the fires. In an interview with an online news portal, Dalit Activist Aahuti informed that untouchability and caste-based discrimination still persists in the Nepal Army – during their puja ceremony where dalits are excluded. If this is so then dalits fighting for rights with a house-wife is clearly a misplaced priority.

It is not untouchability and caste-discrimination per se that are to be eliminated. They are related to class based discrimination.

Untouchability and caste-based discrimination are tied up with birth that is why we abolished monarchy. We are still in a society where children of medical doctors, lawyers, film actors, politicians and for that matter of businessmen still aspire or are guided and goaded to join the profession of their parents. Once can expect little change in a society ingrained with such values. Here is one example of misplaced positive discrimination if this scribe is not accused of diverting the issue.

I am shocked to read a news story on quota allocation for new entrants in a highly reputable missionary school in Kathmandu. Here is the how the school has designed its positive discrimination:

For an intake of 175 students:

One can fairly understand the difficulties the administrators faced while finalizing positive discrimination lists. Clearly, it is an outcome of hard bargaining with the stakeholders rather than a rational way of finding a solution. One can smell varied forms of discriminations within (positive) discrimination. Is not the allocation based on birth? What is the point of having 10 percent quota for Lalitpur Municipality if it is not for political expediency? The school may boast its transparency by implementing the quota through televised drawing of the lottery. When there are discriminations within discrimination, there is nothing to brag about.

The Nepali society is infested with so many varieties of discriminations – gender, caste, class, ethnicity, region, religion, language, colour, age, education, culture etc., both in public and private sphere of activities. It will be too difficult to dissect each of them and prioritize for policy interventions. Moreover, positive discrimination works only if they are implemented within a time frame. Otherwise, we are forced to face another debate like quota vs. kotha debate.

Moreover, positive discrimination works only if they are implemented within a time frame. Otherwise, we are forced to face another debate like quota vs. kotha debate.

There are unintended consequences of quota system as well. I have read somewhere that in South Africa, as an anti-apartheid policy, employers are forced to hire employees in proportionate to the features of the population. If they are to hire an accountant, there is definite quota for the blacks. The problem is that there are not many blacks in the field of accountancy. When the supply of blacks in the field of accountancy is lower than those in demand, one can fairly imagine the consequences – pampered accountants. As employers cannot easily fire the accountants due to the possibility of being charged of racial discriminations, the culture of indiscipline and laxity fosters.

A tide in a sea is expected to uplift all the ships – big and small ones at a same time. We first need a general policy of uplift. Second, we need a policy on mobility – cross sectional movement of people, this implies opening up opportunities to all. One cannot induce inter-caste marriages with dalits using cash prizes (dangling carrots) by the state. Such a policy is expected to breed unintended consequences. One has to move beyond dangling carrots or wielding sticks when it comes to abolishing untouchability and caste discrimination. At the end, it matters with economic wealth and mobility – this might breed other discrimination on its own.

Let me end this highly debatable issue with an equally controversial quote, I suppose, coming from Abraham Lincoln: If you ask an emancipated slave what is his priority he will respond "owning a slave like him".

All views expressed are those of the writer and do not necessarily represent that of Lokantar.