Hundreds of Nepalese have already observed the pictures and visual materials along with textual details about the history of the ‘Terracotta Army’ during an ongoing online exhibition entitled ‘QIN-The Past and Present of Terracotta Warriors’ organized by China Cultural Center (CCC) based in Kathmandu.

The Terracotta Warriors of Qin Shihuang’s Mausoleum is a series of beautiful and magnificent colorful terracotta warriors that were unearthed more than two thousand years later, and were dubbed the “Eighth Wonder of the World” and ranked among the world’s civilization.

Discovered in 1974, the army of Terracotta Warriors was built by Emperor Qinshihuang of the Qin Dynasty (221 B.C.-207 B.C.), who unified China for the first time.

The Nepali visitors have expressed the amazement after digitally visiting Mausoleum Site Museum to catch a glimpse of the famous army of Terracotta Warriors.

“Chinese civilization is so rich and I wonder how beautifully they have preserved their past in such a perfect manner”, responded one of the exhibition visitors and a Kathmandu-based Chinese language student Nikesh Shakya.

As the COVID-19 pandemic is disrupting the physical gathering in Nepal, CCC has been utilizing online platforms to continue its tourism and cultural exchanges activities.

"If the time were normal we would take a group of Nepali people to visit the very site in China but corona pandemic has caused halt at the moment," said Xiao Jiang, director of CCC Nepal. "Thankfully pandemic has not stopped us from organizing online activities to keep our connections alive." 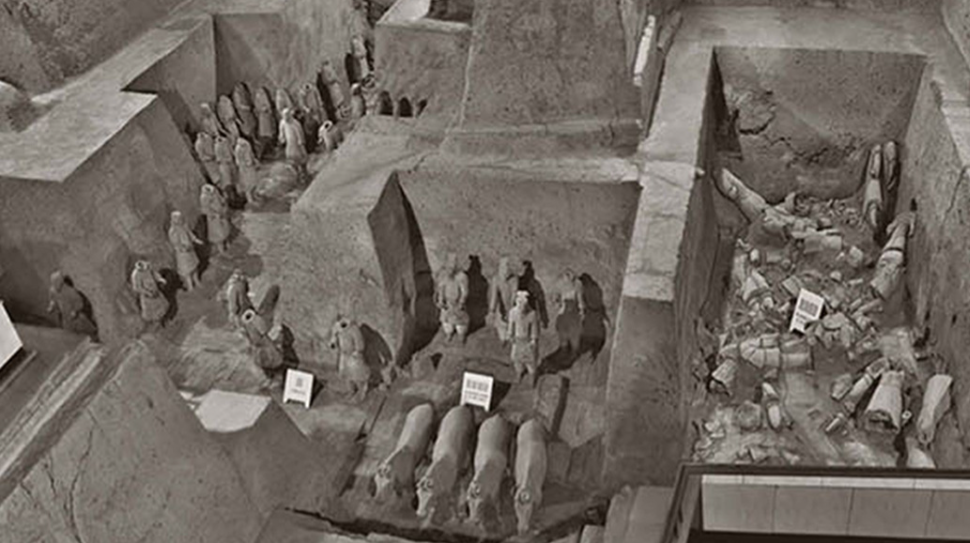 In the process of making terracotta warriors, the pottery model is first fired with yellow clay and then filled with loess to make the shape. It is then covered with the colour of the fine clay to be fired in the kiln. Most of the figurines are spliced, and some are first fired and then assembled. The heat is uniform, the color is simple, the hardness is high, and the color is gorgeous. Pink green, vermilion, claret, pink, pink purple, sky blue, white, and ocher are the basic colours.

The regular annual calendar of CCC in Nepal has been halted because of the second wave of corona pandemic.

The ongoing “Qin-The Past and Present of Terracotta Warriors” is a modern art online exhibition co-sponsored by the CCC and the Shaanxi Provincial Department of Culture and Tourism. According to CCC, the exhibition that started on 5 July 2021 will last till the end of this month.

Click here for digital travel to the Terracotta Army