PM Deuba will get support from more than 150 MPs, says Congress leader 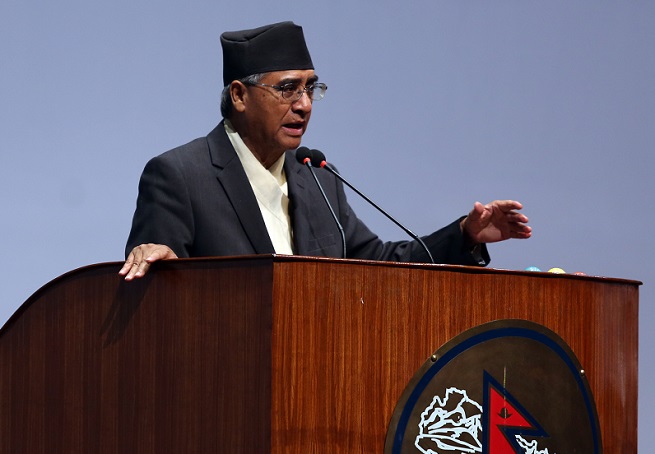 Kathmandu, 18 July (2021) - A Leader of Nepali Congress has claimed that Prime Minister Sher Bahadur Deuba will get votes from more than 150 members of parliament.

Min Bahadur Bishwakarma, loyal to Deuba, said that Deuba enjoys majority MPs' support and that is the reason why voting will occur today.

CPN-UML has opposed the move by saying that introducing confidence motion has been done in a hurry.

Till now, 61 MPs from Nepali Congress, 49 from CPN-Maoist Centre and one from Rastriya Janamorcha have said that they will vote in favour of Deuba.

Earlier 12 MPs from Janata Samajwadi Party (JaSaPa) loyal to Upendra Yadav had signed to make Deuba the PM but the faction has claimed that the number has risen to 17.

Some MPs belonging to Madhav Nepal faction of CPN-UML too have pledged to vote for Deuba. Birodh Khatiwada, Metmani Chaudhary and Ram Kumari Jhakri among others have said that they will vote in favour of Deuba.

NC leader Bishwakarma said that Mahantha Thakur faction in JaSaPa will also be requested to vote for Deuba.

Deuba is taking vote of confidence in the second meeting of the parliament session on Sunday. He was appointed by the Supreme Court mandamus on 13 July.