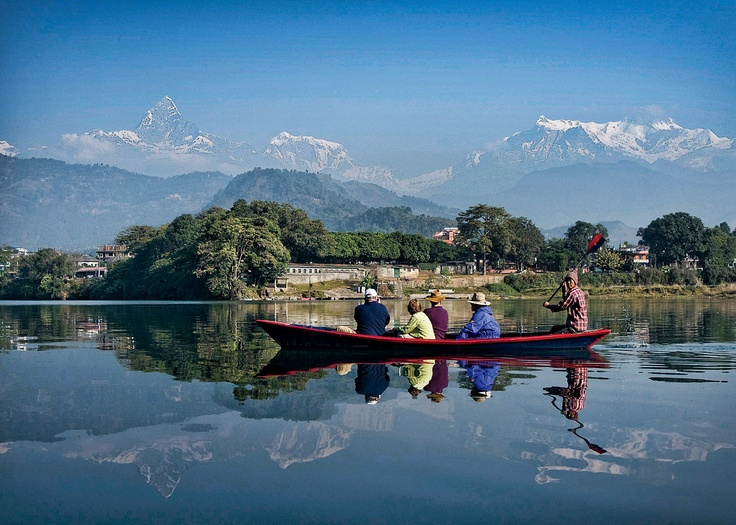 Pokhara, 22 July (2021) - Boating in the Fewa Lake that has remained shut for nearly two-and-a-half months has come in to operation

Boating in Few lake has been a popular tourist activity in the City of Lakes.

Authorities had imposed prohibitory orders in Pokhara Metropolitan City since April 27 this year to contain the spread of second wave of Coronavirus.

Resumption of the boating has not only elated the domestic tourist but also enthused the workers who earn their living from boating. Fewa Boat Entrepreneurs Committee Vice-Chair Mangal Nepali shared that boating was resumed in consultation and coordination with the concerned authorities.

Those willing to avail of boating services have been asked to mandatorily comply with the health safety protocols put in place to prevent the spread of COVID-19.

The 20-feet long boat will be allowed to keep only four service-seekers while 18-feet could allow only three people in maximum, added vice-chair Nepali. Earlier, upto 9 people were allowed in a boat.

“Eight to nine boats are allowed in Fewa Lake. Resumption of boating service aims to bring respite to the boat operators and the workers in the field,” he said.

The Taalbarahi Temple in the middle of Fewa Lake has not been opened for public yet. The evening worship rituals have been halted lately.

In regular days, a total of 764 boats were in operation in the Lake measuring 5.726 square km in area. -