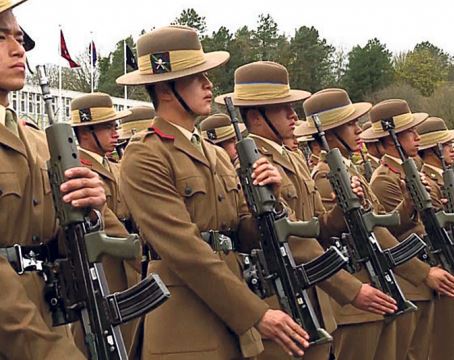 The Gurkha Truth Seeking Joint Struggle staged a relay hunger strike before the office of British Prime Minister at Ten Downing Street since 1.00 pm on Wednesday.

Campaigner Gyan Raj Rai shared that they were forced to stage hunger strike when their demands were not heeded despite several attempts from their end.

Rai further informed that the relay hunger strike would continue for 13 consecutive days since Wednesday. The hunger strike will be undertaken on rotation basis with one campaigner in the strike each day, he further clarified.

Struggle Committee's member Krishna Bahadur Rai warned to launch fast-unto-death if the British Government did not make any effort to initiate dialogue within 13 days.

It may be noted that several organizations concerning the demands of Gurkhas, including NRNA-UK had sent a letter in writing to both UK and Nepal governments last month calling for their efforts to address the issue.

The letter was dispatched urging the governments to initiate dialogue on the demands of ex-Gurkhas, including pension.

However, the GAESO has not lent its support to the agitation launched by the Gorkahs struggle committee putting forth 12-charter demands.