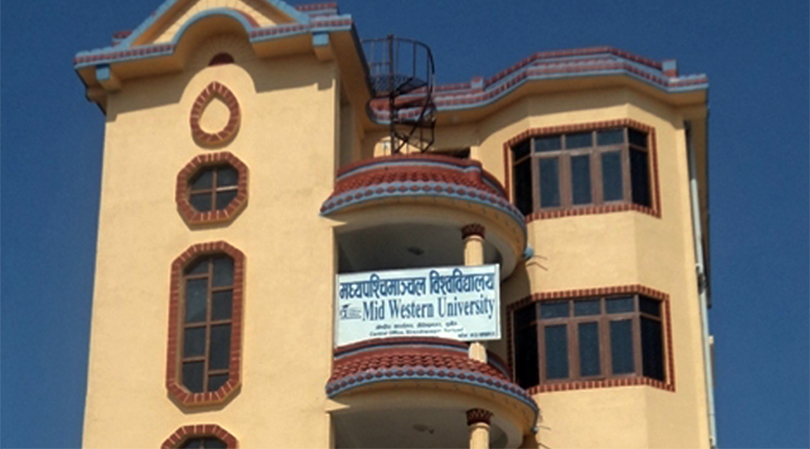 Karnali, 29 July (2021) - Action has been demanded against those involved in vandalising Mid-West University Vice Chancellor’s Residence and Examination Management Office.

The office has stated that the office of the VC and Examination Management were vandalised at the same time when agitating students and VC office were holding talks on Wednesday evening.

The VC office has further urged for taking action against those who developed fake videos disrespecting the Prime Minister Sher Bahadur Deuba by involving the VC Prof Nanda Bahadur Singh.

Organizing a press meet here today, VC Singh said that he was facing deliberate misbehave and false accusation after he took strong action against irregularities surfaced in the university.

He added that some forces were active to misinform the leadership with the political leadership change in the country but such attempts would not be successful.