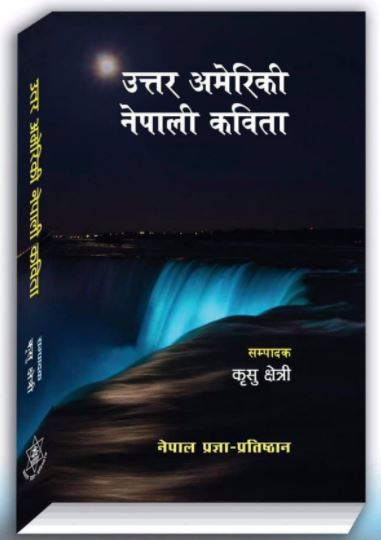 Poet Krishu Chhetri is the editor of this anthology published by the Academy in course of publishing the literary creations of the Nepali writers and litterateurs spread throughout the world.

The collection incorporates poems by 221 Nepali poets living in the USA and Canada. Editor Chhetri had started collecting the poems by Nepali poets while he was working in the Nepal's diplomatic mission in the US, inspired by a sense of patriotism and the language and literature of Nepali poets and writers there.

Editor Chhetri has mentioned that the poems included in the anthology artistically knit the tribulations, happiness, struggles, the ups and downs, and self identity that the poets have experienced in the country of their work.

"The poets have expressed through the poems a sense of humanism, democracy, social justice and human rights which are universal values," he said.

Describing the anthology as the common creation of Nepalis in North America, poet and editor Chhetri shared that language, literature and culture has helped highlight the love for the homeland.

The anthology not only includes the diasporic creations but also vivid facets of Nepali life, society and their experiences. Chhetri believes the anthology will be helpful in carrying out study and research on the diasporic Nepali poems.