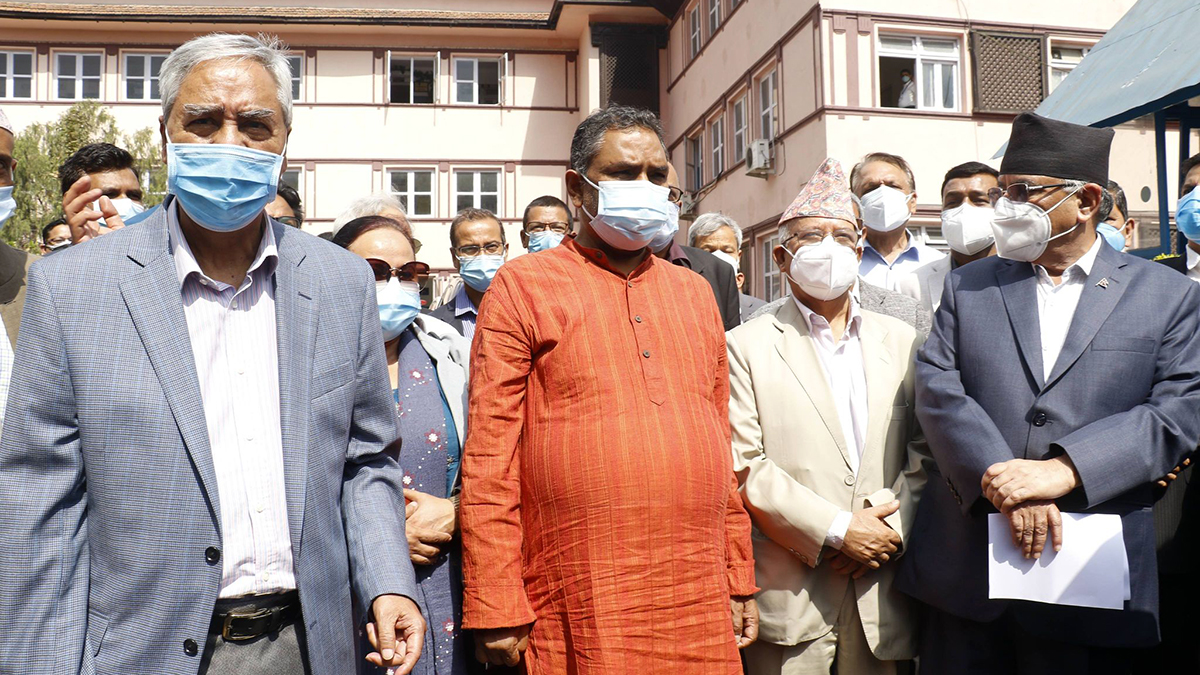 Nepali Congress President Sher Bahadur Deuba was appointed prime minister on 13 July 2021 and he had appointed four ministers on that day. He has been unable to add ministers.

The ruling coalition has given high priority to Madhav Nepal. It was waiting for him to start a new political party so that his party could join the government.

Chairman Pushpa Kamal Dahal "Prachanda" of CPN Maoist Centre had said that the government will get full shape after Madhav Nepal's party get registration certificate.

Parliamentarian and leader of CPN (Unified Socialist) Met Mani Chaudhary had reached the Election Commission on Wednesday to verify signatures to register the party. He told journalists that the party will join the government in a day or two.

The federal government can have 25 ministers. Ruling coalition of Nepali Congress, CPN (Unified Socialist), Janata Samajwadi and Loktantrik Samajwadi Party will take different ministries. Even if Rastriya Janamorcha is in the ruling coalition, it will not join the government.