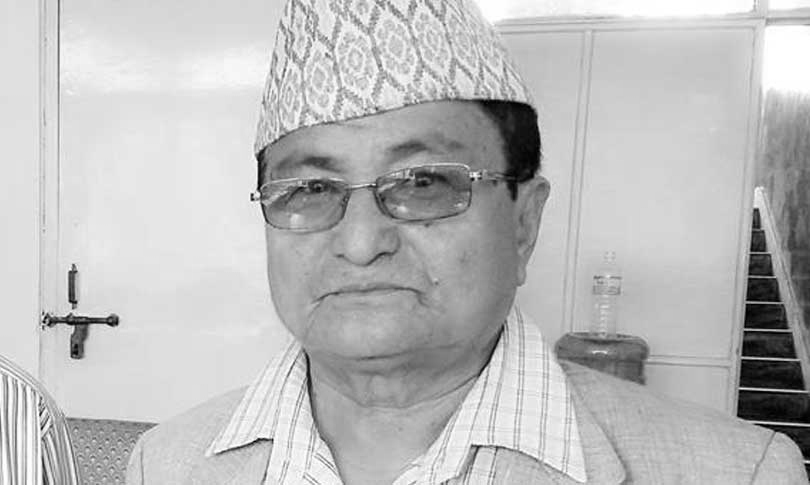 Kathmandu, 26 August (2021) - Juth Bahadur Khadgi popularly known as JB Tuhure has passed away today. He was 78. He died at Vayodha Hospital. He was suffering from health problems, said the family.

He was hospitalized after a fall at his house some days back. He was kept in CCU. Doctors involved in his treatment said he suffered a stroke.

A popular singer who sang songs full of messages of social awakening, Tuhure's passing is in irreparable loss in the country's musical field. He was also known as the people's singer.

Tuhure is an untiring senior figure of the Nepali leftist-democratic movement. Born in Dharan of eastern Nepal in 2001 BS, he started singing songs of political and social awareness-raising since 2024 BS. He took the membership of the Communist Party through the East Koshi Provincial Committee. He was associated with the communist party for lifelong.

He made a notable contribution to awaken the people against the then party-less Panchayat regime through his popular songs as well as to the latest movement for the establishment of the republic.

Tuhure, a former lawmaker, served as chairperson of the Cultural Federation. He was the central advisor of the CPN (Maoist Centre). He is survived by a spouse, one son and four daughters.

Meanwhile, Prime Minister Sher Bahadur Deuba has expressed his grief over demise of Tuhure. He said that he was shocked by the singer's demise. He offered his condolence to the bereaved family while wishing that may departed soul of Tuhure rest in peace.