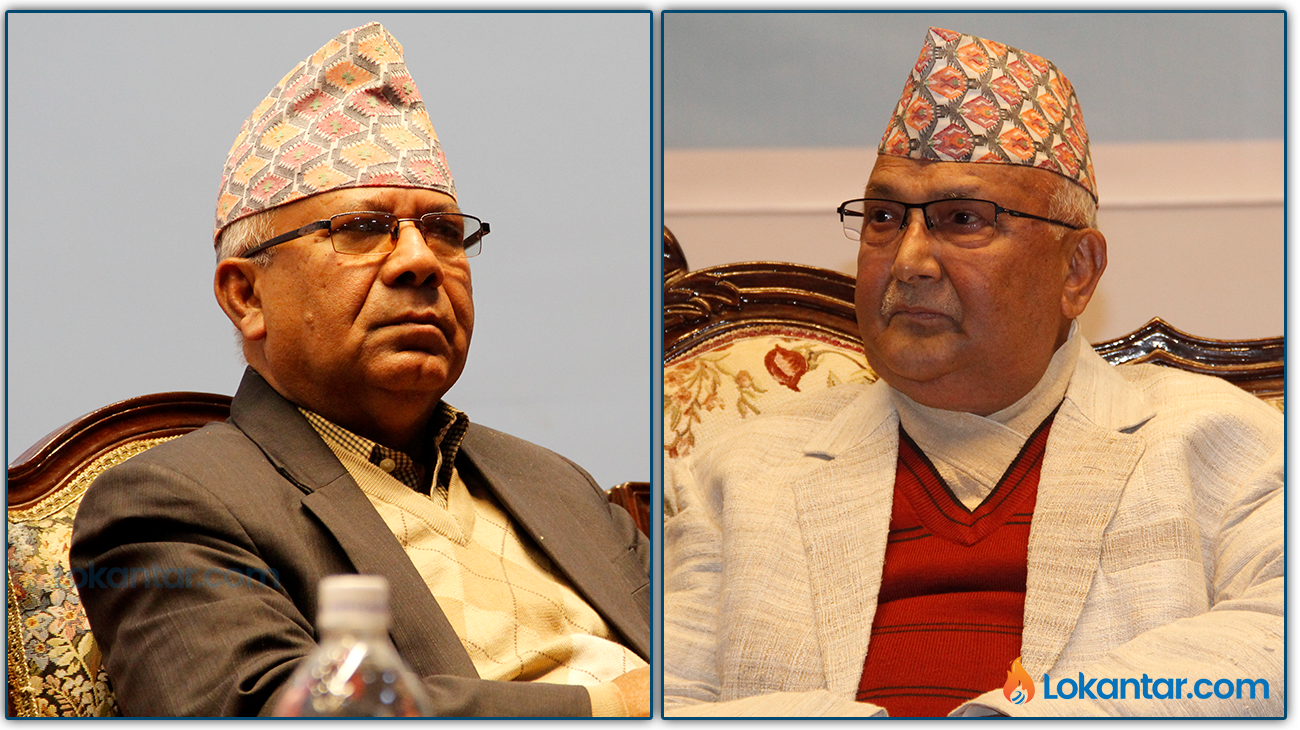 Lately, listening to KP Sharma Oli seems to be burning with ire and is on fire, spewing venom against his opponents. The target of his ire primarily is Madhav Kumar Nepal, his arch rival within his party. Nepal now has formed a separate political outfit by the name of CPN (United Socialist). Oli's other targets are PM Sher Bahadur Deuba, Speaker Agni Sapkota and Pushpa Kamal Dahal, aka Prachanda, the Maoist leader.

Even though it is not specifically articulated in the public, political roadmap of Deuba Government is clear: the parliament was abruptly prorogued so that an ordinance on Political Party Act could be issued to ease Madhav Kumar Nepal to form his new political outfit. Speaker Sapkota also made Nepal's life easy by dillydallying on the annulling of the status of 14 MPs of UML against whom Oli has taken disciplinary actions. PM Deuba is withholding his cabinet expansion to accommodate Nepal’s new political outfit to give the shape of a national government sans Oli before heading towards the polls. Whether one likes it or not, this is the political roadmap PM Deuba and the alliance of five political parties have charted out.

Another roadmap has been built primarily amongst communist fans. As per this roadmap, there is a bigger plan in near future to have a communist alliance in the name of “scientific socialism” between Madhav Kumar Nepal, Pushpa Kamal Dahal, Dr Baburam Bhattarai and Upendra Yadav and even Netra Bikram Chand aka Biplav. If this is true then Nepali Congress Party may be busy charting out its own bigger and longer term political roadmap. Who knows, this may bring Oli and Deuba together. With the new ordinance, Oli is already predicting a split within Nepali Congress Party.

The only option left with Oli is either to oppose the polls or cosy up with pro-monarchist, pro-hindu, pro-unitary system forces. Therefore, his deep frustration, venting of anger and outpouring of emotions are very much clear. His situation is similar to that of a wounded lion that not only lost its pride but also been gradually isolated and caged into confinements.

The only option left with Oli is either to oppose the polls or cosy up with pro-monarchist, pro-hindu, pro-unitary system forces. Therefore, his deep frustration, venting of anger and outpouring of emotions are very much clear. His situation is similar to that of a wounded lion that not only lost its pride but also been gradually isolated and caged into confinements.

Oli’s diatribe is targeted against a couple of issues. The first one is obviously the ordinance on Political Party Act. Earlier, he too had issued such an ordinance but was forced to withdraw after public criticism. Now, he is comparing his own ordinance with the one issued by Deuba, reasoning that the former was meant for party unity and consolidation while latter will bring discord and disunity among political parties and finally will kill the spirit of multiparty democracy. He has specifically accused that the ordinance was meant to split his party. In essence what Oli is failing to grasp is that he is having the taste of his own medicine. Isn’t he the one who started governing the country through ordinances? Isn’t he the one who dissolved the parliament, not just once but twice, and is now lamenting it being not allowed to function properly?

His second ire is with Speaker Sapkota dillydallying to strip the status of 14 MPs against whom he has taken disciplinary actions. It is clear to everybody that his deliberate strategy of taking belated, discretionary disciplinary actions against 14 selected, specific MPs supporting Nepal was clearly designed to prevent Nepal from registering a new political outfit in the Election Commission. If he is so much worried about indiscipline among his party members, he should have taken action in time, not at the eleventh hour when Nepal was contemplating to register his political outfit. For the second time, Oli is having the taste of his own medicine.

There is no point blaming Madhav Kumar Nepal for keeping his party men in an almost hostage like situation at Chandragiri Hills Resort for two days and bus loading them straight from the resort to the Election Commission for their membership verification and party certification.

Earlier, Oli's loyalist Mahesh Basnet used the same strategy, keeping JSP members at the resort in Bhaktapur, thereby preventing JSP members from signing in favour of coalition government to be headed by Deuba. For the third occasion, Oli is having the taste of his own medicine.

The diatribe between Oli and Nepal has taken such an extreme level that it resembles a kind of physical brawl. However, what is amusing to watch is not just the duo in diatribe but die-hard CPN (UML) party leaders and members still hoping and praying to the extent of absurdity for party unity.

If Madhav Kumar Nepal, with his new political party outfit, is expecting for a broader communist unity in Nepal then KP Sharma Oli is assuming CPN (UML) to become the largest communist political party in Nepal, claiming members to run from eight hundred thousand to one million. Most probably, the duel between the two will come to a close only after the conclusion of upcoming general elections. It will be more interesting to watch the fate of more than half a dozen second generation CPN (UML) leaders who defected from Madhav Kumar Nepal camp and Prachanda Camp to join Oli faction. At a time when whole of the world is watching how Afghanistan is falling into tatters, there is no lesser political fight taking place between communists in Nepal that threatens to destroy the country.