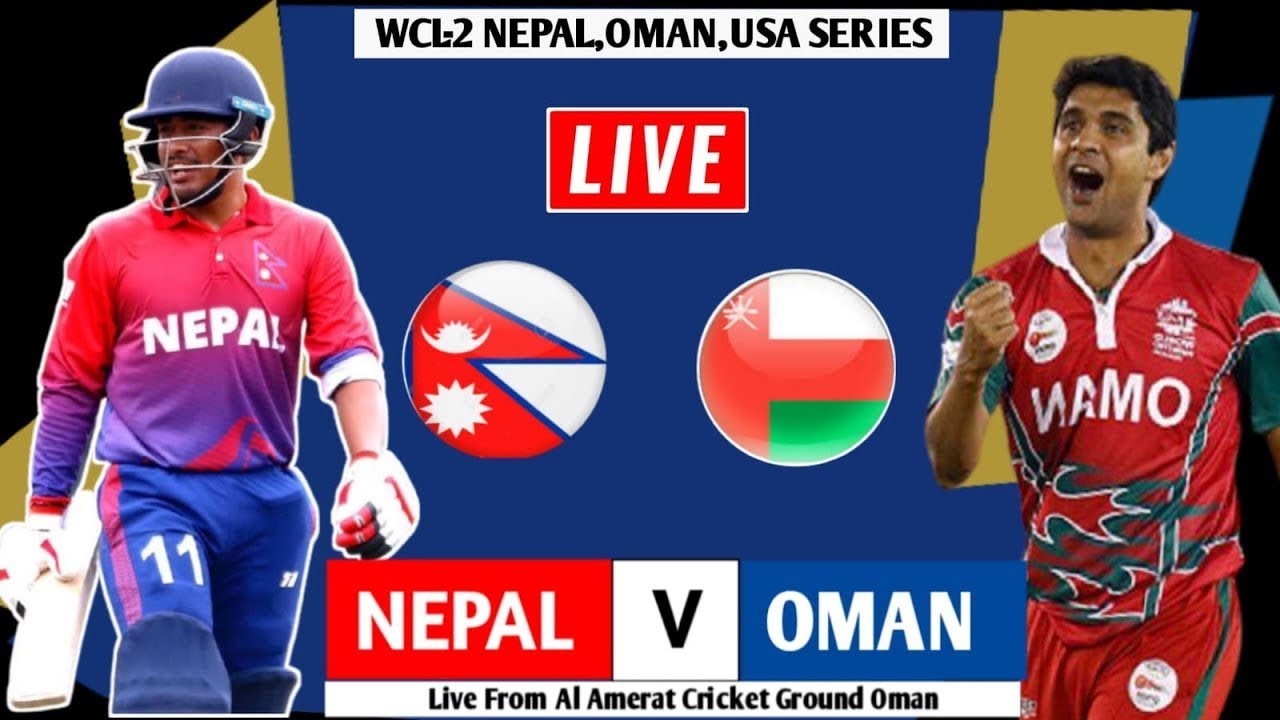 Oman, 15 September (2021) - Nepal has been defeated by Oman by five wickets in a match held under the ICC World Cup League-2 triangular series.

The match was held at the Al Amerat Cricket Ground in Oman last night. Nepal, which chose to bat first after winning the toss, could muster only 196 runs losing all its wickets in the allotted 50 overs.

Oman hit the victory target of 197 runs in 31.1 overs at the loss of five wickets. Jatinder Singh's century contributed Oman for an easy victory over Nepal. Singh played superb, collecting 107 runs in 62 balls. He was declared the 'player of the match'. Singh hit six sixes and 12 fours.

Similarly, Mohammad Nadim was 38 not out, Suraj Kumar made 20 runs and Ayan Khan made 18 runs.

With this win, Oman remains top on the score tally. It is in top position with 18 points from 11 matches (nine wins and two defeats). Nepal is in the sixth place. It played six matches in which it won in three and lost in three.

Under the League-2, each of the seven countries in the group including Nepal will play 36 one-day matches until 2023 A.D. Three top teams of League-2 will make their place in the global selection for the One-day World Cup to be organised in India in 2023 while the four teams at the bottom of the score chart will vie in the play-off games.

Nepal will be playing against USA in its next match on Friday.