MCC: A parable of monkey and coconut 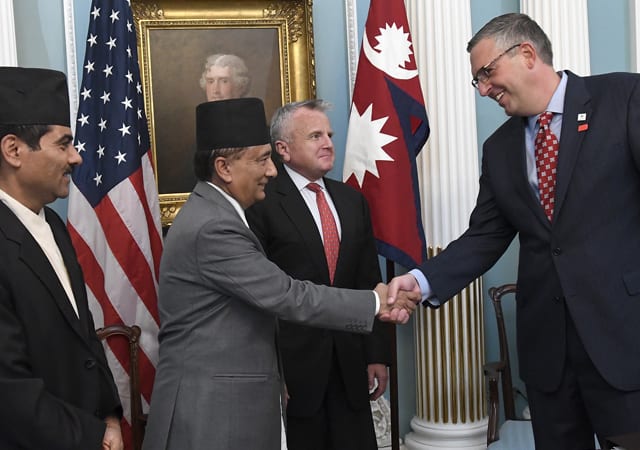 There is a saying in Nepali which a non-Nepali may find difficult to comprehend. This goes by baandar ko haat maa nariwal or a literal translation will read like this: “A coconut in the hands of a monkey”. The riddle behind the phrase is that a monkey, not being able to grasp the utility of the fruit, takes it as a play ball.

The ongoing MCC debate conforms to this parable. If MCC represents coconut, one can designate hosts of actors like donors, politicians, social activists, opponents, including social media, as monkeys who love playing coconut as a ball rather than getting into its nutritious values. In fact, the actors have moved one step ahead of the monkeys. They have even weaponized the ball to strike their opponents. I would illustrate here how they messed up the situation.

The first and foremost contentious issue with MCC is its ratification from the parliament. This is where Nepali people find their heart broken, nationalism flattened, and sovereignty being put on sale. Desh bechna paidaina, MCC chaidaina (roughly translated as- You can't sell the country, we don't want MCC).

We are being informed that the Compact needs a nod from the parliament. This is to ensure stability in project implementation. As we are marred by frequent changes in government, the Compact has to be ratified by the parliament to secure political ownership and maintain some degree of stability in project implementation. However, the truth is that it is not the MCC that demanded ratification; neither are there clauses demanding its ratification.

The media reported that the negotiation team that visited the US in 2017 convinced MCC counterparts to waive parliamentary ratification and hence inserted the Clause 7.1 in the document “The Government will proceed in a timely manner to complete all of its domestic requirements for this Compact to enter into force. The Parties understand that this Compact, upon entry into force, will prevail over the domestic laws of Nepal.” It is the Government of Nepal through its Ministry of Law, Justice and Parliamentary Affairs (dated 10 January, 2019) that suggested for MCC ratification. However, the MCC wants the Compact to be given a status of international agreement. And this is the reason why the Ministry suggested for ratification.

The second contentious issue is with Indo-Pacific Strategy (IPS). Again there is no mention of IPS in the agreement document. No matter how hard the MCC officials convince Nepali audience that the Compact has nothing to do with IPS or military alliance, the opponents are not buying the argument. IPS was born much later than MCC; therefore, there is no relation with MCC. They also argue that there is no such clause for military spending; in fact, the Compact prohibits such spending.

But there is a spoiler. On 1 May 2019, a visiting US official commented “MCC falls under IPS”. Moreover, MCC response document literally kept quiet while speaking about the relation between MCC and IPS. It only focused on MCC Nepal Compact and IPS. Isn’t it pathetic for a country to speak about non-alliance, pancha sheel and peace when its official policy permits citizens to work as mercenaries and in foreign armies? In the same vein, isn’t it loathsome to speak about nationalism and sovereignty when the country survives on selling “cheap” labour to Gulf countries, Israel, Malaysia and South Korea?

Third, with the arrival of MCC VP, political leaders were expecting a possible; howsoever marginal it may be, a room for amendment, at least, as a face saving device. But they had a blunt response: The signed MCC Nepal Compact cannot be amended at this point of time. Period.

Fourth, going by social media, Nepali people are so worried that, in the name of MCC, the Americans will be here to stay forever. In the name of building transmission lines and constructing roads, they will occupy our lands, confiscate our intellectual property rights, with tax exemption and diplomatic immunity, they will rule on us forever. No one is buying the argument that the project is here for five years, possibly with additional 120 days for wrapping up project activities. Neither anybody looking at the experience of other countries which have successfully completed MCC.

What about termination of the Compact with 30-day notification? This is another ploy to leave us stranded at the middle of the road, fiscally burdening our economy – a strategy to keep us in a hostage like situation. Nobody is buying the arguments that 30-day notification is meant to push project completion on time or MCC suspension and termination a rare event.

The moot question is: How would you draw an agreement when each and every word written thereof is read with doubt and suspicion or taken with a pinch of salt? In Fatalism and Development, Late Prof Dor Bahadur Bista cited a unique feature of Nepali culture. Unlike other cultures where a recipient respects his or her donors for the alms (generosity), here in Nepal, it is the other way round. The donors must be thankful to the recipient for accepting his or her donations.

Where on earth have you ever come across a project where nearly a decade has gone into readying and preparing a project of five-year duration? Americans have come here with their hard bargaining tactics: You take it or leave it. Our responding strategy is: We take it and leave it. They are seeking categorical “yes” or “no” response. We are happy saying partly yes and partly no. Now, tell me, can there be a room for negotiation? Recently, a friend opened up a third eye: How about demanding more from MCC, say from $500 million to a billion?