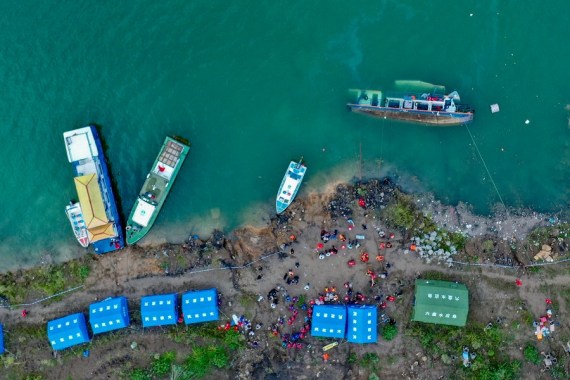 Guiyang, 28 September (2021) - Twelve people have been confirmed dead while three others remain missing as of Tuesday, after a passenger ship capsized in a river in southwest China's Guizhou Province on Sept. 18, according to local authorities.

The accident took place at 4:50 p.m. on Sept. 18 in Zangke River in Zangke Township located in the city of Liupanshui.

The ship, which had a capacity of 40 people, was overloaded when the accident happened.

A total of 214 rescuers, more than 50 rescue ships, and over 50 fire trucks and ambulances have been dispatched to the scene.

Besides, 1,000 sets of equipment, including underwater robots, have also been deployed for the search and rescue operation covering an area of more than 1 million square meters.

An investigation into the accident is underway.