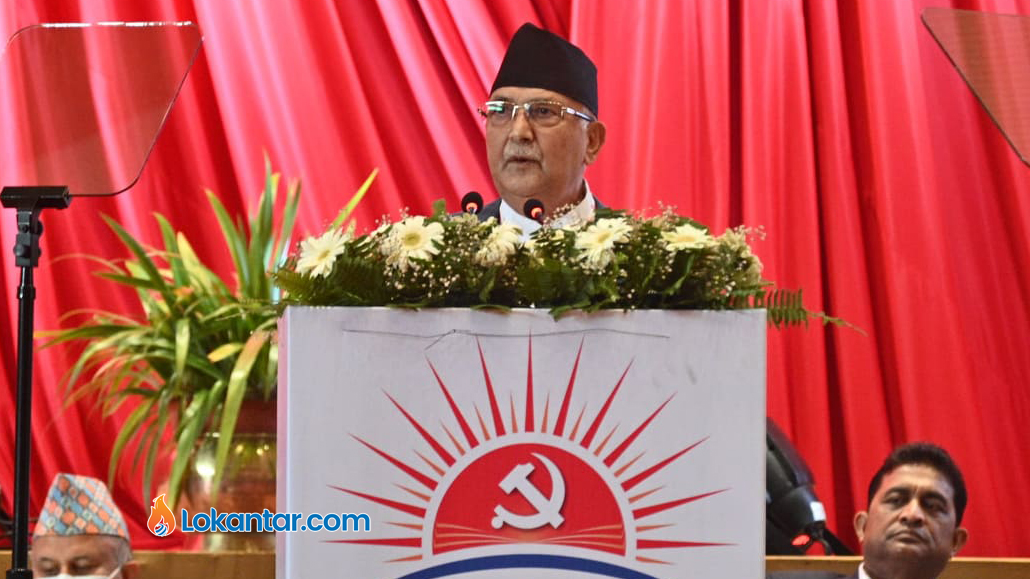 While answering the questions raised by representatives at statute convention organized in Godavari on Sunday, Oli vented his ire at the role played by Prachanda and Nepal.

"What problem had arisen that you needed to put up a show?" Oli asked. "At times they said that the PM needs to resign. Other times they asked the Chairman to resign. No one knows why should one resign?" Oli was both prime minister and party chairman at that time.

He also commented that the degenerates had left the party for good.

"The ones who left are the rotten ones. Only the fresh ones are here. Do you need any further evidence?" Oli asked.

Oli also raised objection against the proposal submitted by Prachanda who was co-chairman of the Nepal Communist Party.

"Some selfish, jealous and envious people tried to dismantle the movement which we had taken to greater heights. They issued a 19 page long document which contained full of lies," Oli said.