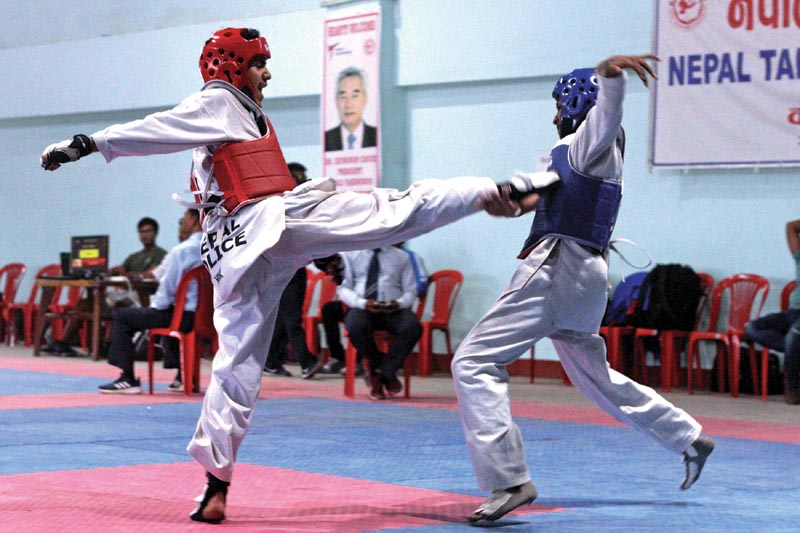 Kathmandu, 6 October (2021) - Taekwondo referee of the Nepal Army (NA) has been nominated as a member in a panel of judges for the Chief of Army Staff (COAS) Open International Taekwondo Tournament to be held in Islamabad of Pakistan on November 4-9.

He has also been nominated in the panel of judges for the French Taekwondo Open Tournament to be held in France on November 12-14.

Earlier too, referee Dhakal was in the panel of judges in the seventh World Military Sports Tournament held in Wuhan of China in 2076 BS.

He had obtained international referee course from China in 2074 BS.