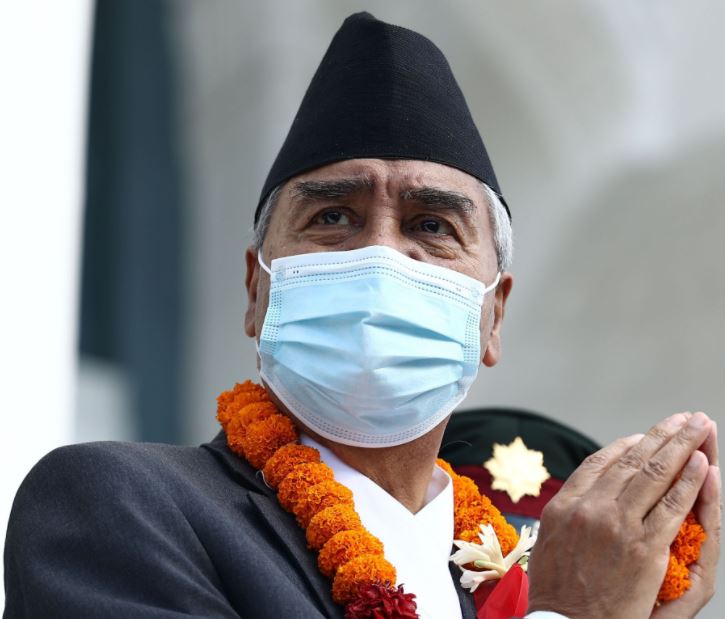 Prime Minister Sher Bahadur Deuba-led government has completed its 100 days this week. Never even in his wild dreams must Deuba have had envisioned leading a government before next elections after the drubbing of his Nepali Congress party in the previous polls.

But anything can happen in Nepal. Former PM KP Sharma Oli's bid to dissolve the House of Representatives failed twice after facing legal challenges and Deuba got the lottery after the Supreme Court issued a mandamus to appoint him as the prime minister. But his premiership has not given any reason for joy among Nepali people.

A section of the population had been vocal about Oli's "autocratic" way of governing the country. They deemed Deuba's appointment as the crushing defeat of regression and the entrenchment of constitutionalism, a victory of democracy.

It would be unfair to say, however, that Deuba government has done absolutely nothing. It has been able to provide full vaccination against Covid-19 to around 30 of the population with rigorous drive. The continuation of vaccination campaign started by the previous government is a praiseworthy achievement of Deuba government.

But barring this positive step, the incumbent government has done absolutely nothing to win Nepali people's hearts. People started to have "buyer's remorse" even before the government completed its grace period of 100 days.

The incumbent government has done absolutely nothing to win Nepali people's hearts. People started to have "buyer's remorse" even before the government completed its grace period of 100 days.

The greatest sin committed by Deuba government is the issuance of an ordinance that facilitates the easy splitting of political parties. Abruptly proroguing the ongoing session of House of Representatives to bring the ordinance with the purpose of splitting the opposition party CPN-UML invited fierce criticism from all quarters.

Deuba and others had been crying hoarse against Oli when the latter introduced similar ordinance during his tenure. But when it served their purpose, they had no qualms in repeating the same. The government's brazen introduction and recall of the ordinance has angered the opposition and it has been frequently halting parliamentary proceedings. But the government has not been serious enough to take the opposition into confidence.

Another grave error made by the government comes in the form of failing to raise the issue of the disappearance of Jaya Singh Dhami by the Indian SSB personnel. Dhami hailed from Darchula district in Sudurpaschim Province which borders the state of Uttarakhand in India. He was crossing the Mahakali River through tuin when SSB personnel cut the rope causing his fall and disappearance in the river.

Deuba government formed a committee under the leadership of the Joint Secretary of the Ministry of Home Affairs to investigate into the issue. The committee submitted its report but it has been gathering dust. The government in the initial phase didn't show temerity to raise the issue with India. India's Ministry of External Affairs took the issue lightly as Deuba government didn't even send a diplomatic note about it.

After much hue and cry, the government finally sent a diplomatic note to protest the SSB's heinous act. But it didn't seriously followed up on the implementation of the note. This dragging of feet on a sensitive issue caused opposition to rightly criticize the government of bending to India.

Worryingly, Deuba government could not even maintain balanced relationship with neighbours. Prostrating to India and provoking China has been the hallmark of the government. Capitulating to the demand of some Nepali Congress leaders with ulterior motives, Deuba government formed an inquiry committee to look into China's alleged encroachment of Nepali territory at Humla district in western Nepal. The encroachment theory has not been proved as yet. Rather, this sorry episode became an irritant in Nepal-China relationship causing Chinese Ambassador Hou Yanqi to request communist parties to come together once again.

Another reason that caused consternation about Deuba government was the failure to expand the cabinet. Deuba had appointed four ministers immediately after taking oath of office. He appointed health minister after some days. But all the other ministries remained vacant and Deuba himself was burdened with the ministerial duties.

Things had become so dire that Nepal did not even have a proper representative at the United Nations General Assembly. To avoid embarrassment, Deuba appointed Dr Narayan Khadka as the Minister of Foreign Affairs in a hurry. Khadka took oath of office and flew to New York on the same day.

Deuba is leading a coalition of ideologically polar opposite parties who have been cobbled together just to share the spoils.

Deuba is leading a coalition of ideologically polar opposite parties who have been cobbled together just to share the spoils. These parties could not finalize the list of ministers as each party demanded bigger share in the cabinet. The cabinet got its full size some 88 days after Deuba was appointed the prime minister but it invited huge controversy.

One Gajendra Hamal was appointed as Minister of Industries, Commerce and Supplies by Deuba. Hamal was not a parliamentarian and was said to be inducted in the cabinet on Chief Justice (CJ) Cholendra Shumsher JB Rana's recommendation. Bar Association of Nepal met the CJ to condemn his move to have Hamal appointed. After immense criticism, Hamal resigned from his post within 72 hours of the appointment.

Myriads of problems have bedevilled Deuba government and it is groping in the dark. The incumbent government has proved the famous saying: The more things change, the more they remain the same. Vowing to be a welcome change from Oli's arbitrary style of governance, Deuba has been continuing in the same streak. The recalling of ambassadors without proper homework and the haphazard transfer of civil servants show that he is repeating the same mistakes committed by the previous government.

Worse, Deuba's weak handling of affairs has caused people to pine for Oli's decisiveness. It appears that Deuba government may not even be able to conduct general elections and will be replaced by another government to carry out the poll duties. CPN-UML can fire on all cylinders against Deuba government after the party's General Convention in December. Meanwhile, it seems happy that the incompetent government has been attracting rebukes by the day.