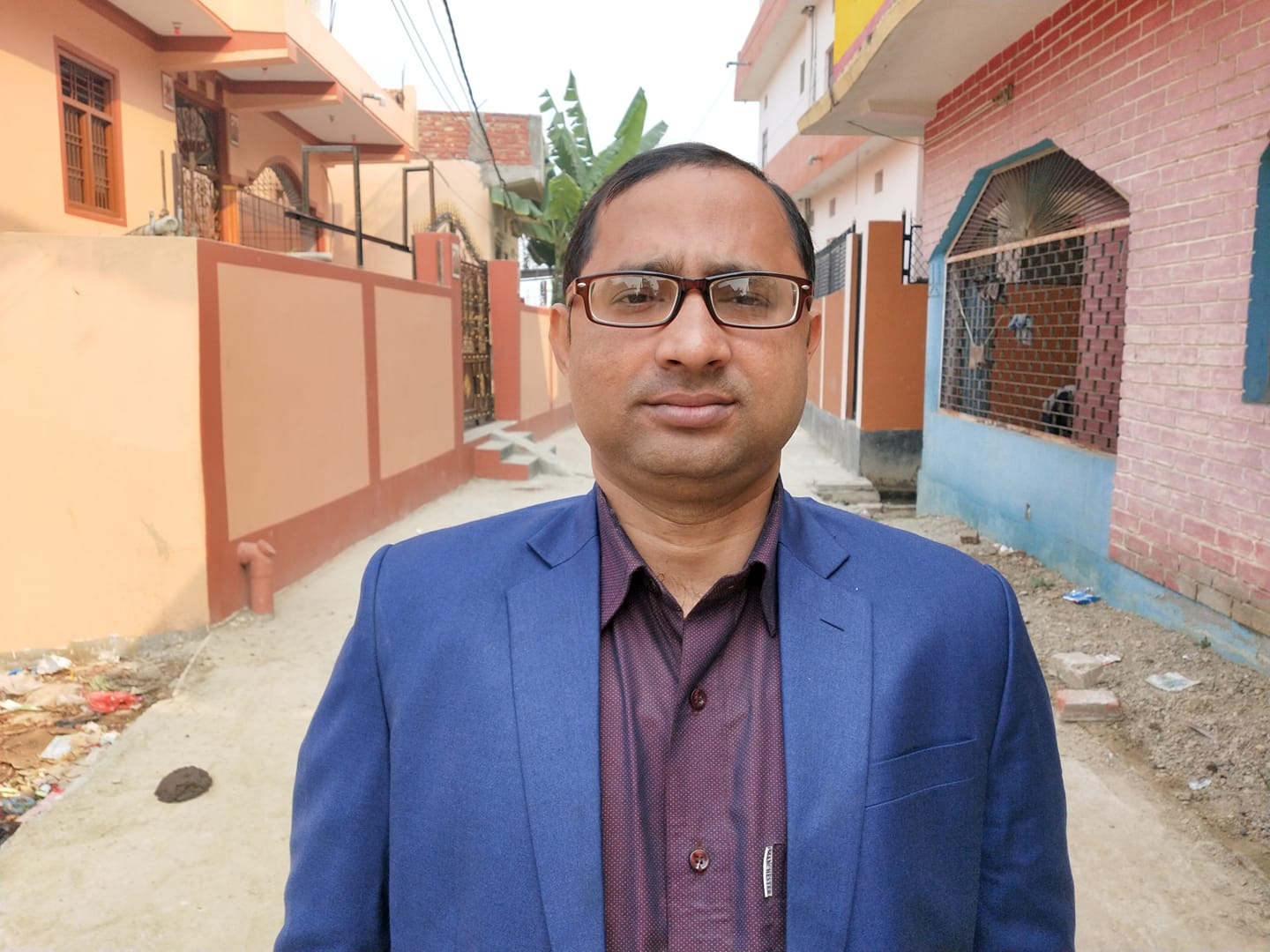 Commission of Investigation on Enforced Disappeared Persons (CIEDP) has not been able to accomplish anything substantive besides issuing identity cards to the victims.

The Commission has failed in its main duty to thoroughly investigate the lodged complaints and recommend actions against alleged perpetrators.

Government of Nepal had formed CIEDP seven years ago to inquire into, establish truth of and document enforced disappearances during the armed conflict. The then insurgent CPN-Maoist had started armed conflict against the state in 1996 during which thousands of people were involuntarily disappeared by both the state and the insurgents.

The conflict came to an end after Government of Nepal and CPN-Maoist signed Comprehensive Peace Agreement (CPA) on 21 November 2006. The CPA had envisioned the formation of transitional justice mechanism to investigate incidents of human rights violations during the conflict.

On 11 February 2015, Government of Nepal established Truth and Reconciliation Commission and Commission for the Investigation of Enforced Disappeared Persons following the Supreme Court order.

CIEDP has been formed to identify victims and perpetrators, recommend reparations to victims or their family members, issue identity cards to victims, inform victims about progress in cases and recommend action against alleged perpetrators.

But the commission has limited itself to insignificant clerk duties.

CIEDP has been formed to identify victims and perpetrators, recommend reparations to victims or their family members, issue identity cards to victims, inform victims about progress in cases and recommend action against alleged perpetrators.

Officials at the commissions say that the Enforced Disappearances Enquiry, Truth and Reconciliation Commission Act, 2071 (2014) (TRC Act) has to be amended following the Supreme Court orders but the government has not framed laws as yet. This Act provides the framework of the duties of the commission.

He further said that the existing TRC Act needs to be amended as per the different orders issued by the Supreme Court while hearing various cases. Since the Act is still to be amended, the commission has been unable to do its duty.

"The Supreme Court has ordered the government to remove and add certain provisions of the Act," he said. "But the government has not prioritized it, causing many problems."

"Apart from that, the commission does not have required material and human resources for proper investigation. It also faces budget crunch. That is why there have been delay in works," he added.

But former justice at the Supreme Court Prakash Wasti said that the commission cannot make excuses for delay in works by reasoning that the TRC Act has not been amended as per the Apex Court decision.

"Yes, the Act needs to be amended but saying that they have been unable to move ahead because of the lack of amendment is a poor excuse," Wasti said. "What prevents the commission to accomplish its duties as per the existing provisions of the Act?"

Wasti further said that the government needs to amend the TRC Act as per the orders issued by the Supreme Court but it has shown utter irresponsibility by failing to do that. But the commission can do other things besides complying with that court decision.

"The Supreme Court has put certain provisions of the Act to bed by saying that they are illegal and subject to nullification. But the commission should not hide behind that excuse and thereby facilitate human rights violators to go scot free," Wasti added. "The commissioners will be held responsible if perpetrators are allowed to go scot free."

Apex Court has raised objections to certain provisions of the TRC Act. Granting amnesty to perpetrators without taking consent from the victim, amnesty in grave violation of human rights cases, government deciding whether any case can be tried in the court or not even if the commission recommends action are some of provisions that the court has struck down.

Apex Court has raised objections to certain provisions of the TRC Act. Granting amnesty to perpetrators without taking consent from the victim, amnesty in grave violation of human rights cases, government deciding whether any case can be tried in the court or not even if the commission recommends action are some of provisions that the court has struck down.

"The Supreme Court has nullified provisions of the Act contradictory to the constitutional provisions," former justice Wasti said. "The court has made it clear that the commission cannot recommend for amnesty to perpetrators of serious crimes."

Murder, kidnapping and taking hostage, enforced disappearance, maiming and making a person disable, physical and mental torture, rape and sexual violence, looting of personal or public property, vandalism or arson, displacing a person are some of the most serious crimes of human rights violations according to the commission.

Spokesperson Adhikari said that a total of 3,257 complaints have been lodged at the commission. The commission forwarded 277 of these complaints to the TRC as they came under the latter's jurisdiction.

Adhikari informed that the commission is currently investigating into 34 new complaints. In 32 cases, the disappeared person has contacted his/her family. The commission has decided to conduct thorough investigation into 2,495 cases.

He also said that the commission has completed preliminary investigation into 75 cases.  It has been established after commission's investigation that 2,545 people were involuntarily disappeared during the conflict.

Senior Advocate at the Supreme Court Ekraj Adhikari's son Bipin Adhikari too disappeared during the conflict. He was involved in politics as a Maoist cadre and was Deputy Secretary at the Student Union in Amrit Science Campus.

Bipin Adhikari disappeared on 17 June 2002 and his whereabouts are still unknown.

"Incumbent and former prime ministers will have to face action if the commissions are allowed to work independently," he said. "The then insurgent Maoist leaders or the prime ministers and home ministers that directed the security personnel to commit human rights violations can be investigated. That is why all of them have tried to scuttle the commissions."

He further said that the victims do not have an iota of belief that these commissions will investigate into cases impartially and recommend action against the perpetrators.

Sixteen years have passed since the CPA was signed and the commissions have also completed seven years but no one is serious about providing justice to victims, Adhikari alleged.

The commission has authority to write to the Office of the Attorney General recommending that perpetrators of serious violation of human rights be tried in the court. The TRC Act also grants authority to the commissions to collect evidences and take statement of witnesses and issue order to submit written documents, inspect sites and even ask to submit evidences.

Besides this, the commissions can conduct search, recommend suspension of public official if s/he is under investigation, exhume bodies and conduct DNA tests, take statements from alleged perpetrators, facilitate security for victims and their families, maintain secrecy of complainants and witnesses, and conduct public hearings to establish truth.

The TRC Act has made commissions powerful bodies but they have been unable to deliver tangible results in seven years. They have only collected complaints and distributed identity cards to victim families.

But CIEDP Spokesperson Adhikari refutes the allegations about CIEDP being unable to accomplish anything.

Under the coordination of Spokesperson Adhikari, the commission has convened a Forensic Coordination Committee. Members of the committee include forensic experts Dr. Harihar Wasti, Dr. Rijan Shrestha, representatives of National Forensic Laboratory, Kathmandu University and Department of Archaeology.

The committee has made all preparations for exhumation of interred bodies but pandemic has delayed work.

"We had prepared to exhume three dead bodies in May and June but lockdown stopped us," Spokesperson Adhikari said. "But we are all set to exhume bodies."

Those three bodies belong to security personnel, insurgent Maoist cadre and another person whose affiliation is not established. He also said that the commission has planned to exhume 10 bodies by May 2022.

The commission has also dispatched a letter to Ministry of Law, Justice and Parliamentary Affairs to provide different facilities to families that have received victim identity cards. The letter recommends free education, health and employment to victim families.

The letter recommends the government to ensure employment for victim families at all three tiers of government, provide quota to family of the disappeared in Public Service Commission, allow entry to government secretariat Singha Durbar on the basis of victim identity cards, ensure free health insurance to victims, provide interest-free loan to victims to start their own business, and give social security allowance to single women and senior citizens.

Adhikari said that the ministry has taken a decision to that effect but other stakeholder bodies are yet to implement it.

The government has provided 1 million rupees each to the victim families but 90 families are still deprived of it.

The commission initially had a tenure of two years but the government has extended the tenure five times till now.

It has spent 320 million rupees in seven years but has so far been unable to deliver tangible results.