Elaboration on Xi thought is a prominent highlight of CPC resolution: official 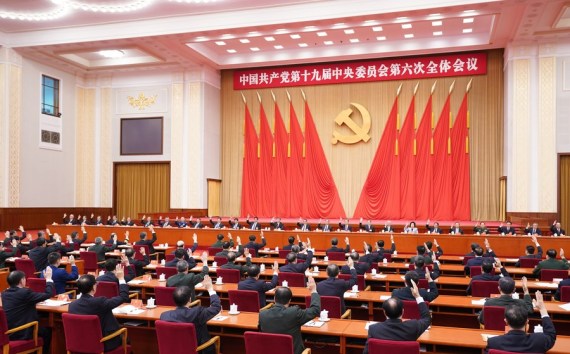 The resolution on the major achievements and historical experience of the Party's 100 years of endeavors was reviewed and adopted at the sixth plenary session of the 19th CPC Central Committee, which concluded on Thursday.

The resolution has further elaborated on the core contents of Xi Jinping Thought on Socialism with Chinese Characteristics for a New Era on the basis of the explanation of the thought in the report of the 19th CPC National Congress, said Wang Xiaohui, executive deputy head of the Publicity Department of the CPC Central Committee, at a press conference.

The resolution also summarized the achievements made by the Party and the nation in the new era in 13 areas, especially highlighting the original concepts and ideas, said Wang.