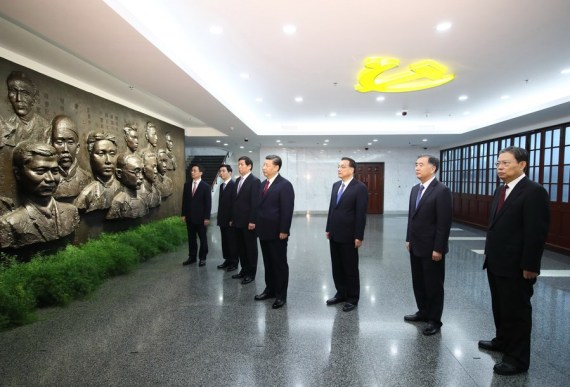 Beijing, 21 November (2021) - Several months after the Communist Party of China (CPC) celebrated its centenary, the Party adopted a landmark resolution on its major achievements and experience. This historic resolution is only the third of its kind in the Party's 100-year history.

Some may question why legacy is so important to the world's largest political party, but for Xi Jinping, general secretary of the CPC Central Committee, there is absolutely no place for historical nihilism.

In an address expounding on the resolution, Xi underscored, "Our Party has always attached great importance to reviewing its historical experience."

Throughout his political career from a primary-level official to the country's top leader, Xi has never forgotten the significance of the CPC's history and revolutionary legacy. Indeed, Xi has on many occasions reiterated that "no matter how far we have travelled, we should never forget the way that has taken us where we are."

The CPC's century-long journey started in a humble brick-and-wood building in Shanghai, where its first national congress was held in 1921. In March 2007, Xi was beginning his tenure as Party chief of Shanghai, and one of his first activities was to lead a delegation of the city's senior officials on a visit to the site.

"That visit drew a lot of attention, as a new leader's first public debut often indicates his working and governance philosophy," according to Miao Yirong, a senior journalist with Jiefang Daily, a newspaper in Shanghai. "It was really very impressive."

"It is the pride of Shanghai that the CPC was born here, and it is an honor that places great responsibilities on those who work here," said Xi during that pilgrimage.

"I noticed that Xi used the word 'pay homage' rather than simply 'visit' to describe that tour. That reflected his reverence," Miao recalled.

While in Shanghai, he visited all the city's sites that had been instrumental to the Party's history.

Xi kept his habit of visiting revolutionary sites even after being elected general secretary of the CPC Central Committee in 2012. These trips extended to places across China.

In 2017, after he was re-elected to the Party's top post, Xi chose to revisit the brick-and-wood building, the birthplace of the Party. This time, he brought with him other senior Party leaders.

In front of a bronze sculpture depicting the 13 Party delegates who attended the first national congress, Xi recalled their names one by one.

The leaders then went to Nanhu Lake in Jiaxing, east China's Zhejiang Province, and visited a replica of the boat on which CPC founders concluded their meeting in 1921 -- now referred to as the "Red Boat."

An ancient Chinese proverb goes that with history as a mirror, one can understand a state's rise and fall. Similarly, for Xi, "paying homage" to these historic sites is a chance to reflect on the CPC's history and see its future.