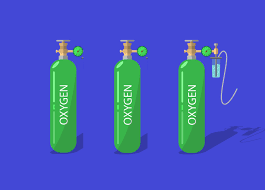 Jajarkot, 25 November (2021) - An oxygen plant installed on the premises of Jajarkot District Hospital has started production. The plant was procured at the cost of Rs eight million and it is capable of filling over 40 cylinders on a daily basis.

It may be noted that former Home Minister Shakti Bahadur Basnet who is from Jajarkot unveiled the plant amidst a programme here recently.   Health Service Office officiating Chief Tikaram Jaisi expressed his hope oxygen production within the hospital would help enhance its service delivery system.