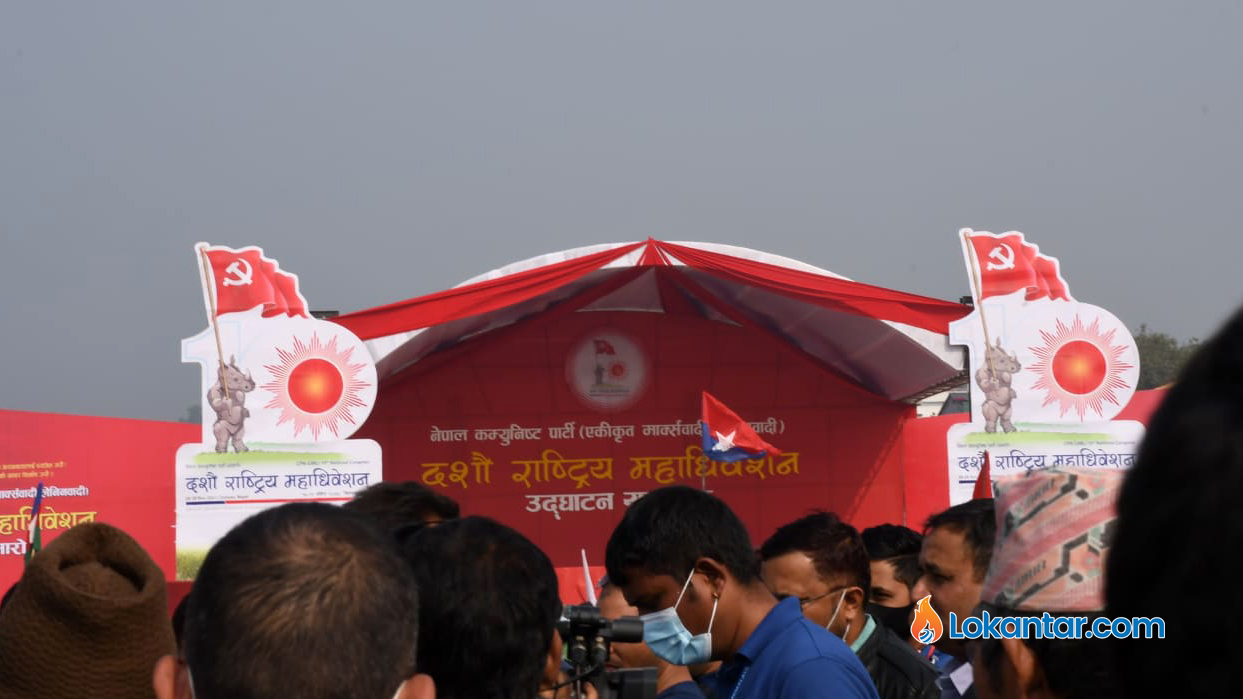 Nawalpur, 25 November (2021) - Movement of heavy vehicles will be banned along the Butwal-Narayangadh road in view of the CPN (UML) 10th national general convention that is slated from November 26.

A meeting of the chief of security bodies on Wednesday took a decision to this effect on view of a traffic jam at Daunne road, she said, adding that this ban is meant to facilitate a large number of vehicles reaching the general convention site.

So arrangements have been made for vehicles including passenger buses heading to Kathmandu through Butwal to pass through Pokhara, she said.

Joint patrolling teams of all four security bodies—Nepal Police, Armed Police Force, the National Investigation Department and Nepali Army—have been mobilised during the convention, she shared.

Around 500,000 people are expected to watch the inaugural programme for the convention to be organised along the Narayani riverbank.