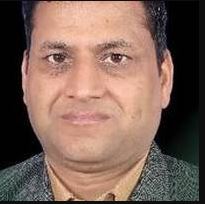 Ramita Chepang, a teen girl from the marginalized community, released the book published by Bhundipuran Publications with the coordination of Akshar Samuha Chitwan.

The stories have vividly captured the issues of child marriage prevalent in the Chepang community and its subsequent effects on women.

At the release of Momcho, senior litterateur Shree Om Shrestha ‘Rodan’ said that the compilation of stories has strongly raised the sufferings of women in a patriarchal society and the women’s struggles there.

Also speaking at the programme, fiction writer Ashiwini Koirala praised Parajuli for the live presentation of women’s sufferings through his simplistic writing style.

Writer Parajuli is also associated with Gorkhapatra Daily, He is in the media sector for almost three decades.