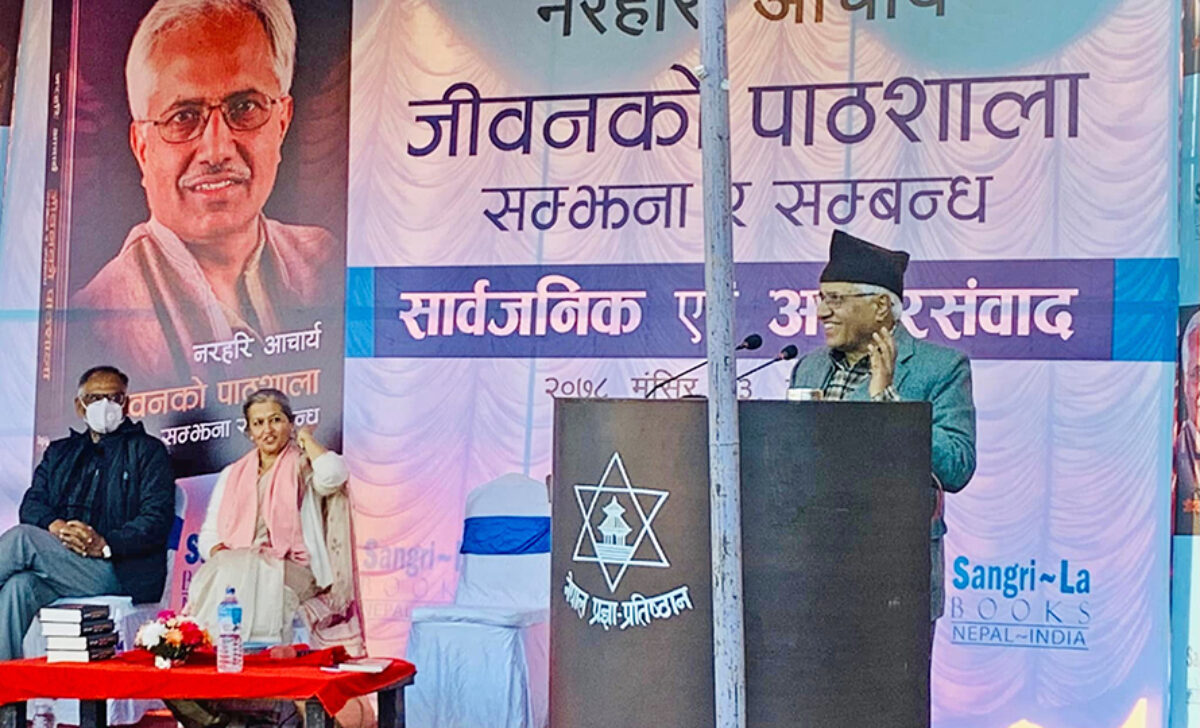 The book published by Shangrila Books was made public amidst a programme in the federal capital on Thursday. It was released jointly by writer Acharya, political analyst CK Lal, Professor Sabitri Malla and poet Sharada Sharma.

Writer Acharya reminded that he had explained in detail his personal experiences, struggles and political life in the book.

On the occasion, he expressed worry why no one took responsibility despite the passage of five years since promulgation of new constitution in the country. The province had lost its role while the federal government failed to make necessary laws. He underscored that NC must give a political outlet to the country by implementing the constitution effectively.

Commenting on the book, political analyst CK Lal viewed if the life is regarded as learning process, it would become easy to live a happy life. However, suffering makes people mature, he added.

Similarly, Professor Malla observed that the book was written in a form of novel, giving biographical details.

Poet Sharada Sharma was of the view that the book would be inspiring for many.

Leader Acharya who is also known as a leader advocating for republic is a popular name in Nepali politics. Before joining active politics, Acharya worked as a University teacher for one and half decade. He served as the Minister of Law, Justice and Parliamentary Affairs during the promulgation of new constitution.