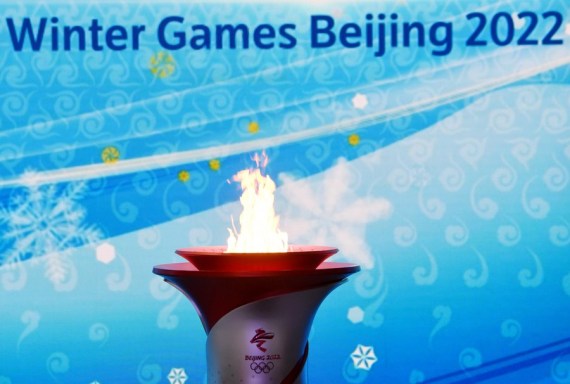 Beijing, 13 December (2021) - As the 2022 Olympic Winter Games inches closer, the quadrennial international winter sports event is under the limelight as a grand celebration for humankind, while also appealing to those that want to push hidden political agendas.

A few western countries have followed in the footsteps of the United States by announcing that they will not send their government officials to Beijing 2022, or are considering such a move, which goes against the Olympic spirit and is detrimental to the interests of all Olympic participants and the Olympic Movement.

To be clear: it is sheer grandstanding put on by a handful of Western politicians.

As athletes across the globe are seizing every day to prepare for Beijing 2022, a few politicians appear to be discontent about their predicament of witnessing China take center stage by successfully hosting the Winter Olympics.

It feels like they are "forced" to stand up and say that they won't send government officials or representatives to Beijing 2022, but the "force" actually comes only from themselves.

This grandstanding becomes more obvious, as based on conventions, government officials from a certain country are invited to attend the Olympic Games by its own Olympic committee, not the hosts.

Attending the Olympic Games is not a necessity for government officials, but in terms of political interests, it actually is.

As "political neutrality" and "autonomy of sport" are clarified in the Olympic Charter, codification of the Fundamental Principles of Olympism, the action or intention of confounding sports and politics will go nowhere, and some countries and organizations have adopted an approach against that of a small, U.S.-led group.

UN Secretary-General Antonio Guterres has accepted an invitation to attend the Games in February 2022, his spokesman Stephane Dujarric revealed.

French Minister of National Education, Youth and Sports Jean-Michel Blanquer confirmed that France will not join the move made by several western countries towards the Beijing Winter Olympic Games.

"Sport must be preserved as much as possible from political interference. Otherwise, it can go in any direction and we will end up killing all competitions," said Blanquer.

The Cuban Olympic Committee condemned the politicization of the Beijing 2022, declaring that "the use of sports events as platforms of political pressure must come to an end."

Some Western countries claimed to take such a stance against China over human rights issues in the world's most populous country.

But what they have claimed proves nothing but pure ideological prejudice toward a country with a different system, as has been witnessed countless times over different topics.

Before the Tokyo Olympic Games began earlier this year, the International Olympic Committee (IOC) approved adding the word "Together" into the Olympic motto, marking the first time that the slogan has been updated in over a century.

The latest update of the Olympic motto sends out a clear signal to the entire Olympic family at a time when the world is grappling with the COVID-19 pandemic: everyone needs to stick together.

As the leading role on the Olympic stage, athletes treasure the last 50-plus days to prepare for the Beijing Winter Olympics, without feeling any impact by the distractions.

"The plan is to compete in every event I qualify for," said U.S. Alpine skier and two-time Olympic gold medalist Mikaela Shiffrin.

For French figure skater Kevin Aymoz, competing at the Olympics is a childhood dream that he wants to fulfill.

"I want to perform there. I even have a countdown set on my phone," he told the IOC website.

"Years ago, I would never have imagined I'd go as far as I have and still be in the condition I am in today," said Italy's short track speed skater Arianna Fontana. "We'll see what happens in Beijing, but the goal remains the same: reach the final. Reach all the finals."

The Chinese Foreign Ministry urged the United States to stop hyping up the so-called "diplomatic boycott" of the Beijing Winter Olympics, saying that China will take countermeasures if the U.S. insists to do so.

"The United States should take China's concerns seriously, refrain from politicizing sports, and stop hyping up the so-called 'diplomatic boycott' of the Beijing Winter Olympics, so as to avoid affecting dialogue and cooperation between the two countries in important areas," said ministry spokesperson Zhao Lijian. He also stressed that the Winter Olympics is not a stage for political posturing and manipulation.

Considering what the so-called "Summit for Democracy" initiated by the U.S. has produced, it's no strange that this country's stance toward Beijing 2022 has backfired once again.

And this should not be an example to follow, as the world needs "togetherness", not "political grandstanding." (by Su Bin, Lin Deren)