Cast aside pride and prejudice against China's development 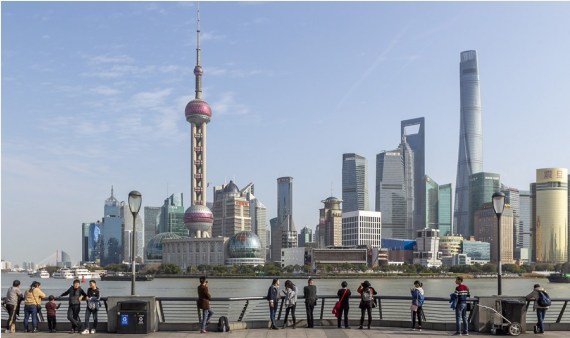 Beijing, 19 December (2021) - China was "bound for world eminence" when it began to open up in the 1970s, according to an excerpt from an article recently published by the Financial Times, which also argued that it was never in the West's ability to prevent China's arrival "at the top table."

Such an opinion is noteworthy because it analyzed China's development and the great rejuvenation of the Chinese nation from a historical perspective while recognizing the process in a way that was more sensible than most adopted by the Western media and policy circles, especially taking into account that getting tough on China appears to be new political correctness in certain countries.

There are still many in the West obsessed with the groundless concept of Western centrism and deliberately misinterpreting the rise of China despite profound changes in the international situation and their own problems looming large over the past few decades, with some even absurdly attributing the power rebalancing to policy mistakes of their own making.

Such self-aggrandizing posturing, an embodiment of the West's entrenched egocentrism, is nothing new, designed to mislead the public and smear China's own endeavors, in a desperate attempt to stall the general trend of the times. Portraying itself as the dominant force driving the world's progress is typical "pride and prejudice" from the West when coming up with anti-China rhetoric.

It has been a key subject for countries around the world to study China's development. What should be made clear is that where China is today has nothing to do with the West's efforts.

The fighting spirit and diligence of generations of the Chinese people has given rise to the double miracles of rapid economic growth and enduring social stability in China, a country which spent only decades completing the industrialization process that has taken developed countries hundreds of years.

An impoverished and enfeebled country more than 70 years ago, China has become the world's second largest economy and a major global technological and innovation hub. Under the leadership of the Communist Party of China, the world's most populous country has also realized the first centenary goal of building a moderately prosperous society in all respects and secured a "complete victory" in its fight against extreme poverty.

China has also followed a path of opening and win-win cooperation. Since its opening-up and reform in late 1970s, China has opened its door wider and wider and created tons of opportunities for itself and others, while its accession to the World Trade Organization in 2001 has prompted a high degree of integration between the Chinese economy and the global trade system, bringing massive development dividends to the rest of the world.

Besides, over the past few years, China has been promoting the joint building of the Belt and Road, and it has proposed a Global Development Initiative earlier this year. This open and inclusive mindset has won a lot of applause worldwide, with a growing number of people coming to the conclusion that China's development represents an opportunity rather than a challenge.

As the COVID-19 pandemic continues to rage and major changes unseen in a century are unfolding, the world has waded into a new period of turbulent changes while China is likely to run into more risks and obstacles as it grows stronger. But with a responsible government, a hardworking population, and a rich and splendid culture, China is destined to move towards prosperity and strength.

It is neither wise nor possible for any force or country to hold back the irreversible process. For the West, it is advisable to get rid of its illusions, stop demonizing China's peaceful development and rise, and seek and expand convergences of interests with China.