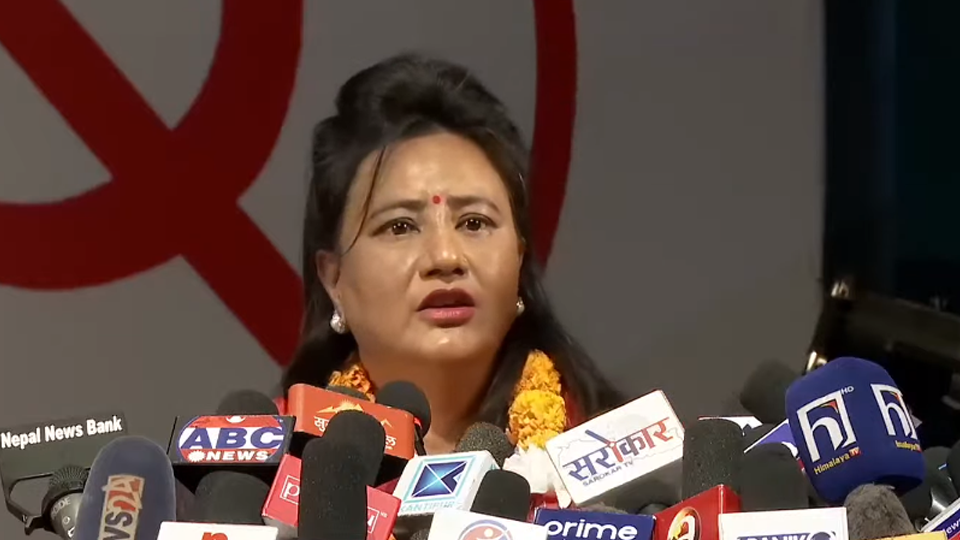 She took wrong names while addressing the leaders in the podium.

She confused CPN-UML General Secretary Shankar Pokharel with Ishwor Pokharel who is senior vice-chairman of the party.

Embarrassingly, she could not tell the correct name of the parties helmed by Madhav Kumar Nepal and Upendra Yadav.

Nepal is the Chairman of CPN United Socialist but Shahi only pronounced the word Socialist.

Yadav chairs the Janata Samajwadi Party but Shahi addressed him as chairman of Janata Party.

Leaders on the podium looked at each other and guffawed during Shahi's address.

She also said that Nepali youth toil in 100 degree Celsius in the gulf countries. No one can work in such a high temperature.