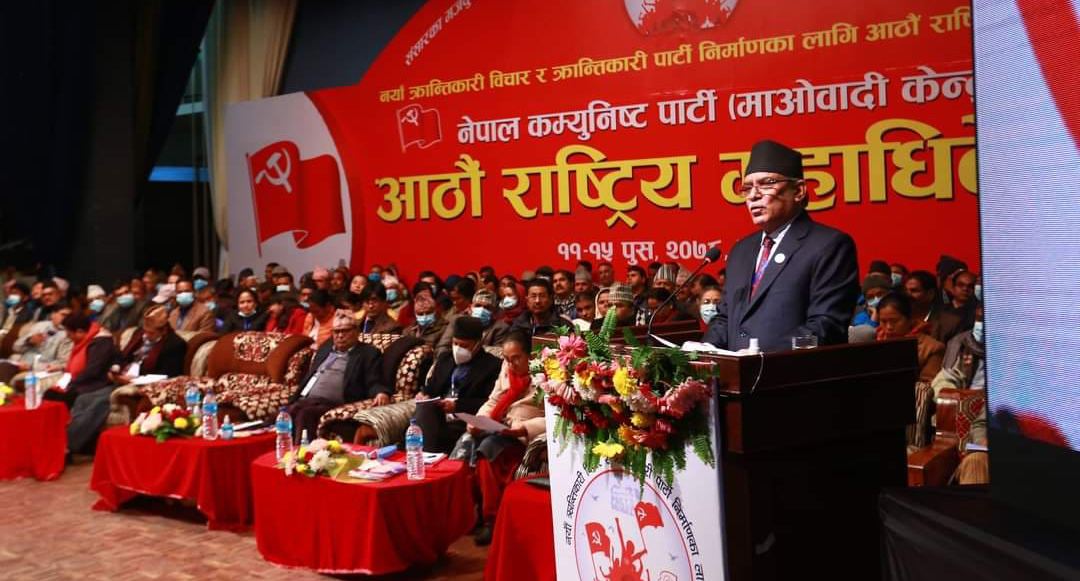 Kathmandu, 27 December (2021) - CPN-Maoist Centre Chairman Pushpa Kamal Dahal "Prachanda" has submitted a political report at the closed session in the eighth general convention of the party on Monday.

His report is titled "Nepali way for socialism in the 21st century".

Prachanda comes down hard on CPN-UML while shows softness to other communist parties. His party had merged with UML but split up after a court verdict later. He is bitter about UML Chairman KP Sharma Oli after the split.

He said that grand communist unity is intact and he is in favour of mergers among communist parties. He also expressed resolve about fighting against Oli tendency.

"It is our clear policy that we shall collaborate with different Maoist parties and Madhav Nepal-led CPN-Unified Socialist," Prachanda has written in his report.